Think Differently: #Indyref What if The Politicians are Wrong?

The main Twitter Stream where people discuss the Scottish Independence Referendum is churning Tweets out quicker than people can read them. However, these comments may be pointless, full of lies, confusing and contradictory so... What if they're wrong?

Pointless: Preaching to the to the Choir
1) Most of the people who are taking the time to post on #Indyref are probably advocates one way or the other, so 99.9% of the people there have probably made their mind up already.

2) Crucial groups who may decide the referendum may be digitally disconnected. Even if they weren't would it make a difference? This group may also be socially disconnected... maybe it includes some of the 26.7% of adult Scots who face challenges because of poor literacy skills

We can see how important this is as the "great and the good" from Westminster stopped by to engage with and "listen to" night workers.

3) After all the "campaigning" which appears to be a euphemism for "grown ups having a playground argument," people are as confused as ever... and remain undecided after all their fine speeches.

Another fine mess by the political classes! Well done, Cameron, Clegg, Miliband and Salmond! Add Farage, Galloway and Brown and we can confidently say;


"Well done take a bow, it's all been very entertaining... But not very informative"
Tell a Lie.. It's Been Very Informative
Commentators who are far more able and worthy than me will have a field day with this campaign, but what this referndum has demonstrated to me is the extent to which this group rely on their "Old Boys Networks" and just how manipulative they can be as they attempt to get their way.

Obviously this isn't news but, given the Leveson enquiry, you'd think the establishment would give their old tricks a miss this time round... but they seem to be quite dependent on these tried and tested methods.But Westminster's scheming and lies seem to have become unstuck this time round.

The Media
All kinds of rumours have gone round saying how David Cameron and other MPs in the #BetterTogether camp have encouraged various sectors to promote scare mongering messages. But their efforts have backfired.

One of the instances that made me laugh and angry in equal measure was the story that "RBS and Lloyds would relocate if Scotland became independent" ...However the news made no mention that a major shareholder for both was the UK government!

Proponents of Independence demonstrated outside the BBC to complain about bias reporting by the BBC as they seemed to support the Better Together campaign.

The Police
With more and more frequency this bias started to suggest that Scotland was some kind of dystopian society with anti-English thugs running amok. Today the police published this

I am not a political pundit but, given the tension following the allegations from the Levenson Inquiry and "Plebgate," you can't help wonder about the wording of this statement and the timing.

Some commentators might argue that, in days gone, by the media could be this biased. If any eye brows were raised and/or any complaints were made then, because of the "cosy" nature of relations with some politicians and certain media moguls and the police... it would all be quietly hushed up. 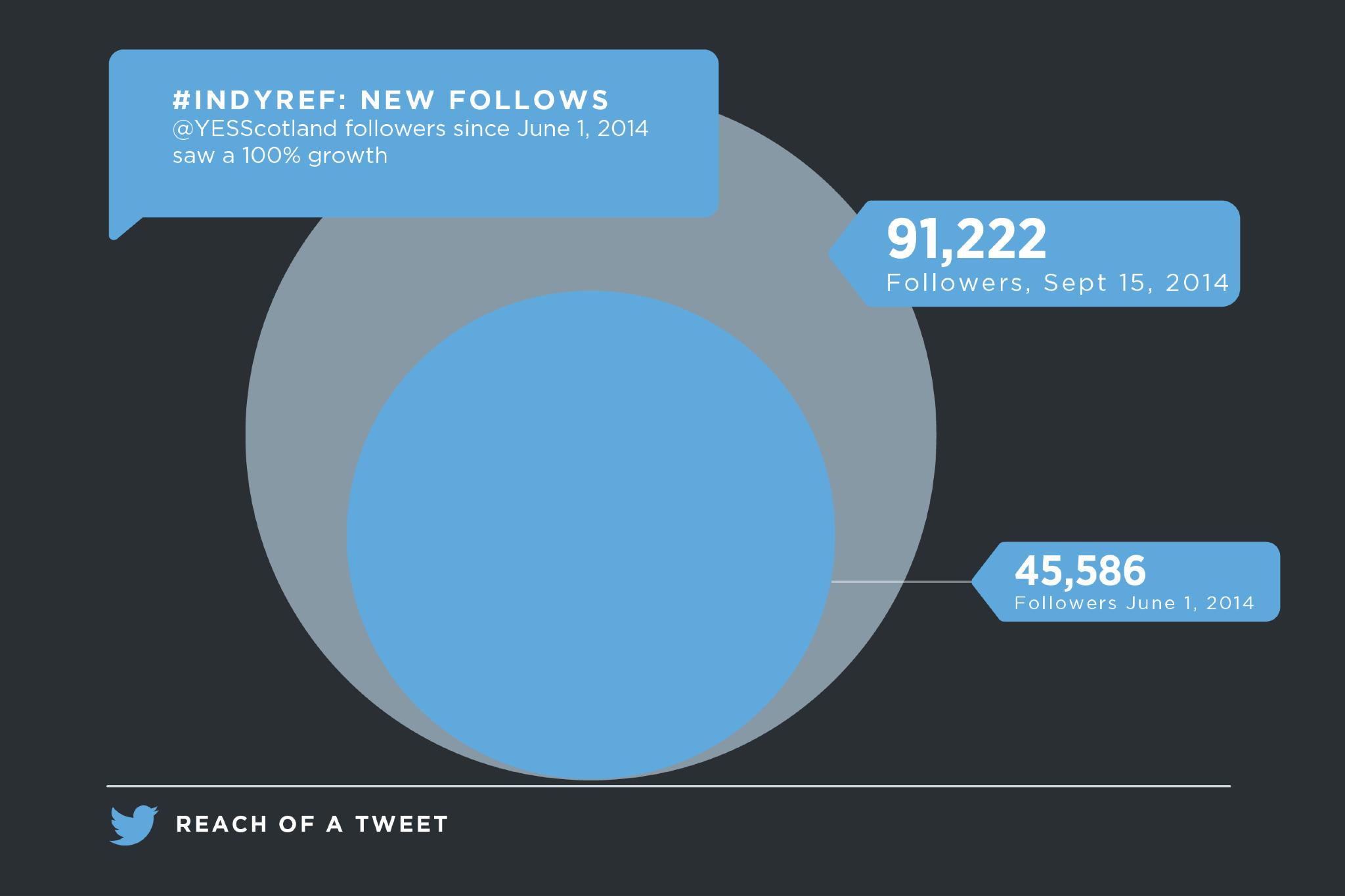 The "Public"
In the last 30 days some 2.5 million Tweets have been posted on the #indyref hashtag and have called politicians out on these policy and media inaccuracies.

People from every walk of life has been interviewed by the media during this campaign, when ask;
How will you be voting? "I'll be voting Yes"
Interviewer then asks "What about this policy or that which Better Together proposes"
Answer: "It won't happen, I don't trust them"

Then there is the fact that for all the meetings, leaflets, rallies and soundbites... that people still don't fully understand the options, risks and consequences.

Post Olympics and Commonwealth Games MPs on both sides of the debate like to talk about "Legacy," Even IF it's a vote to stay in the Union, I wonder if the "Indyref Legacy will be that it heralds the end of the Elitist "Old Boys" style of politics... That and that politicians might need to start ACTUALLY listen to the people, instead of saying that the "Listened" to and have "heard" "The people"

These usual methods of manipulating the public through the media and getting business friends to lie in order to scare people, hasn't worked and has damaged Westminster's credibility. In Scotland's case this is to such an extent that around 50% of the people have said "Enough's enough! Time for change"

Politicians What if You're Wrong... Or Lying?
So this begs the question that Alistair Darling liked ever such a lot during his playground fight with Alex Salmond "Just consider for a moment... what if you're wrong? What if you're wrong? Ah but what if you're wrong?" The political class isn't trusted and don't listen... So what if they're wrong?
Confusing messages that people don't understand, people and policy changing on a regular basis...No devo max on the ballot says Cameron, Alistair Darling confirms this, enter Gordon Brown and we have new deals and new promises... no pledges, or manifestos this time but a vow! Call it what you like it appears to be a hollow statement as even in a crisis Westminster can agree or collaborate.

I'm sure they'll be far better when it comes to what they do best "BLAME SOMEONE ELSE" if the Scotland gets independence. Oh and if they don't? Business as usual, no change, they'll represent "the people" in the same way as before and take the view that "The people are there to serve us"

Does Size Matter? Not as Much as Education!
At the end of 2006, there were 25,600 active companies founded by MIT alumni, employing 3.3 million people and generation nearly $2 trillion... if these companies was a country it would be the 11th richest economy. We are seeing this in Dundee as 10% (£100million) of the UK's gaming industry is generated here.

Think Differently: What if every Uni and college replicated what Dundee has done in other sectors?
More than one route to success
Are our "Leaders" so homogeneous that they only see one single route to success? If education is anything to go by you might be tempted to say "Yes" (And #VoteYes. Lol) as everyone is pushed into thinking that university is the ONLY route to success. In actual fact this is a dead end and a debt trap for many.

NB this is NOT to devalue a university education... If anything it is a another reason to criticize government policy as;

1) Youth unemployment is around the same levels as the number of unfilled tech jobs
2) What's the point of having a highly educated work force if your "genius" MPs have allowed war mongers and their banking buddies to bankrupt the country?

Ask 300 Old Etonian Westminster MPs and you'll get the views of 1 person as they will use the same thought process... But instead of thinking of success the way Westminster did Unis, Doctors, Lawyers, politicians etc. What if we saw success as helping the little guy become a success.

Think Differently: Where would David be without Goliath? Would we tell the story of "David the Shepard who said #NoThanks to taking on Goliath? Can Scotland help all the David's out there and not just the Goliaths?

Underdogs, Misfits and Battling Tyrannical Imperial Masters
In Gladwells book he talks about ways that the underdogs achieved great things and defying the odds by thinking differently. Gladwell includes examples like David and Goliath, Lawrence of Arabia and a High School Basketball team who was pretty rubbish at basket ball but who made it to the the state championships through sheer determination and grit.

Through reading books on a diverse range of topics, curating various datasets, trying to use "Slow hunches" and then applying my findings to education so people call me an "Influencer in EdTech" "Thought Leader" and "Visionary" ...In reality I'm a dime a dozen sales person who simply shares any crazy ideas in the hope that they'll make a difference. This includes sharing ideas with senior MPs... but who rarely came back to me after we met (for the record includes George Osborne's Aides, Nigel Evans dept, Senior members of DoH, Former Education Ministers and the PM's Head of Comms)

Before going into Westminster to meet with the a former Education Minister, I was talking about the inequalities in education with my then Managing Director and he said to something like;

"William you're the only person I know who believes this crap about Every Child Matters and improving the outcomes of NEETs, no-one else believes it! They're all in it to see what they can get for themselves. The best thing to do is to either steralize all the neds... or bomb the council estates"

Well I'll continue to do what I can and in fine Braveheart style "You don't need to win, you just need to fight" ...So here's to the underdogs who think differently to the greedy, self interested, squabbling, useless political classes and privileged  Westminster elite. Now go be the change!

#VoteYes for change, #Voteyes for the underdog, #VoteYes for the little guys, #VoteYes and BE THE CHANGE you want to see. I'll leave you with the wise words of someone who changed the world;

“Here's to the crazy ones. The misfits. The rebels. The troublemakers. The round pegs in the square holes. The ones who see things differently. They're not fond of rules. And they have no respect for the status quo. You can quote them, disagree with them, glorify or vilify them. About the only thing you can't do is ignore them. Because they change things. They push the human race forward. And while some may see them as the crazy ones, we see genius. Because the people who are crazy enough to think they can change the world, are the ones who do.”

Posted by William Jenkins at 00:17