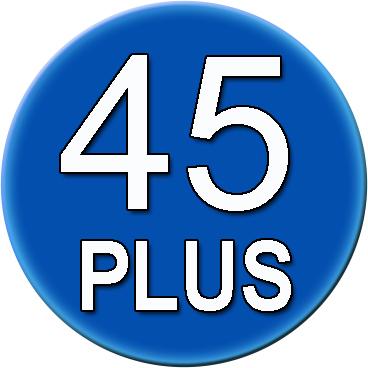 There has been some criticism about the name of the #The45Plus, the post-Scottish referendum grassroots movement. The criticism is that the name and brand is divisive. Today's post details how and why the exact opposite is true. I will highlight;

1) How and why any name chosen would have been divisive
2) How establishing a counter culture is the best thing you can do when you are looking to facilitate massive change in an organisations culture
3) Why the name of #The45Plus doesn't need to change, because the brand has evolved to become welcoming and inclusive (Or would be if people were managing the community's culture)
4) This is far from being divisive... indeed this has the potential to unite and change politics and grass roots movements across Scotland, the UK... and beyond

#VoteYes: Ideal Conditions
#The45Plus movement became an overnight success because of the two things that major tech companies rely on to get momentum. "network effects" and "positive feedback loops"

This was a result of THE best #VoteYes campaign! The inspired campaigning by the Blair Jenkins and the Yes Scotland team ensured that the network was already established. The #VoteYes tribe had been brought together, bonded and formed their identity in contrast to the #NoThanks tribe.

There was definitely positive feedback loops with #VoteYes: The banter was exceptional! I am sure that I wasn't the only person who thought "What am I going to do for banter now that #VoteYes won't be here?" I'm sure that even the #NoThanks camp couldn't help but have a giggle at the #VoteYes antics. I must have spent 2 hours a day on the hashtag... not for politics, or independence, but because the Tweets were absolutely hilarious!

#The45 Early Days
On Friday evening, after spending the day working on a post asking Yes Scotland: How can We Help to highlight that 1.6million people could still "be the change that they want to see," I noticed some blue 45 icons appear on my Twitter stream and a "The45" hashtag... Yeehaa! It's the old gang is back again #VoteYes lives on, the tribe I was part of and had fun with hasn't disbanded. 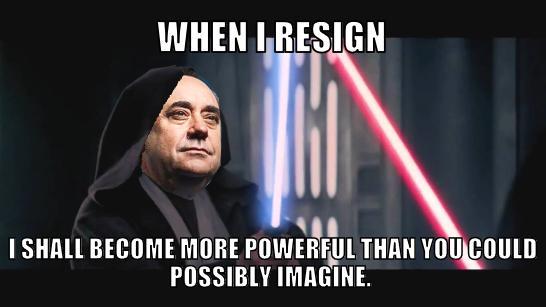 The existing network effect and positive feeback loops meant that it was no surprise that the hashtag was trending for a large part of the first 2 days, what aided this was the behaviour of the #NoThanks camp as

1) Problems were emerging with the"wow! vow" an hour before polling stations closed and

2) The riots of the opposition in George Square.

#The45 is Divisive
Having these 2 opposing camps sounds divisive doesn't it? Not very good for a cohesive culture, is it? However, this is exactly what's needed if you want to roll an idea out quickly... or if you want to see a huge culture shift in an organisation. Add to this that the forum was on Twitter, and we can see why #The45Plus became an overnight success:

To find out more about how and why establishing a counter culture works please see the section on "Optimal Distinctiveness" and "Community Spirit" Sections of this post;

What's the Difference between Stanford and the Cinderella of Education

Regarding the football example in this post with Rangers not in the SPL, we can see the extent that having strong rivalries matter. In my opinion Celtic have been a lot quieter (Not that I follow football). Strong rivalries help to shape each tribes identity

So, regardless of what anyone decided to call the #VoteYes camp, the name and nature of the group was always going to be divisive at the start... their entire identity was shaped AGAINST the other team. So the first incantation of #The45 was very much divisive: "We're not them" culture - We're the Vote yes, we're the risk takers, the mavericks, the change agents, we're positive. This is exactly the same as Steve Jobs "Why Join the Navy when you can Be a Pirate"


#The45 Evolves to Become Inclusive

When #The45 started it was a divisive brand, it was "us" and "them," and the membership was exclusive. When the #NoThanks camp saw #The45 there was spats between the opposing camps... "#The45 were sore losers that they should "Give it up, you lost" etc. As Cameron's vow started to unravel some brave #NoThanks "early adopters" started to say "I wish I voted 'Yes." Just like the Lisa team at Apple people started ask "can I be a pirate too?" Some of the Yes camp says "Yeah. No hard feelings, come on over," other said "Beat it! Walk the plank you scurvy dog! Aghrrr" this should have been, and should be, managed and guided by community advocates.

This principle of exclusive clubs also happens with the roll out of products. Facebook started out with a very different identity than it does today. Facebook started off an elite membership club that only Ivy League University students could join. This membership was slowly widened out to Colleges and Schools. Today anyone can open an account. You will see some of the things that put #The45 in play in this post on how Apple rolls out new products.

Something that is particularly important for #the45plus in the post above is "Social Proof," it is social proof that made the Yes Camp get massive momentum (thanks to #NoThanks poor, confusing campaign with strange bed fellows and mixed messages). Getting the reformers together to discuss ideas and social proof is the reason that there should be one single hashtag for The45, which appears to be #The45Plus.

#The45Plus ReBrand... Change the Mindset
There have been suggestions that the name should be changed. I do find it ironic that the group of people who are calling for a name change on account of divisiveness is the group that ran one of the ugliest, most divisive campaigns I've seen.While the politicians have been arguing about this, the brand has changed and the name is no longer divisive.

If anyone thinks the name means the same as it did a few days ago, this is because the community has not been very well managed, which leads to some people still having "us" and "them" arguments. The changes have not been articulated and the culture has not been defined, never mind cultivated.

Communicate the ReBrand
The name is not the problem... The issue is how we are communicating what the name means, the community have been left to their own devices so there are mixed messages... a bit of consolitation is needed, and the changes presented in the right way. I have no idea if anyone is working on this or not, so please allow me to get the ball rolling and offer some suggestions.

NB Again I am very nervous making these suggestions but I don't know if anyone is dealing with this and they are important points.However, I stress they are just suggestions
By Monday #The45Plus was mainstream, on Monday the brand name didn't need to change, because the brand had changed:

For a few short hours this meant Scotland but, before long invitations are extended for the Auld (2.014 Independence Referendum's Enemy)... #BetterTogether. Of course there was a little bit of fun when making this transition, including some banter as we offered the hand of friendship to the "Other Camp"

We owe Alister Darling an apology it would appear that #The45Plus is indeed better together - #The45 + No Thanks + All MSPs + England + Wales + Northern Ireland... As long as you want to see change... And do your part to #BeTheChange you want to see.

Viola, the brand is now fully inclusive. It still has a distinct identity through "Being the Change" and being active with reform. The biggest problem that the group will most likely encounter now is with, you guessed it... The politicians. "I'm not telling my members to join 'that' camp" Some may say... I'd rather fight and score some petty points"

Cultivating the #The45Plus Culture
We' may need to say goodbye to the politicians at this stage of the post as they fight amongst themselves... Along with the odd party faithful. In the mean time back at the hashtag where CULTURE matters MORE than POLITICS I'm now addressing the nonpartisan collective

What is our new and inclusive identity? This cannot be decided by one person, it must be a collective decision that is agreed upon. But it also must be discussed...We see the trouble an unwritten constitution gets you into through Westminster politics. So who are we? I'll throw this out for people to consider;

There are some things that #The45Plus is not;

#The45Plus is NOT dependent on politicians to make a difference. We hope our political leaders will join us and, preferably, Lead us... But this is not a prerequisite for us to take action

We are not a hateful or toxic group or brand. We do not hold grudges. We understand the concerns of the people who supported the "Old" #Bettertogether of the Union but the "New" #BetterTogether is all about the Power of the millions, what can we achieve when we coordinate and collaborate.

We will be self policing and monitor each others dialogue and remind ourselves and others in the group of this as and when required.

As I say, these are just suggestions, I don't know who else is shaping this thing... But I have these ideas and I'm sharing them. If you'd like to hear and discuss these issues before I blog about them, please feel free to join myself and a growing band of #The45Plus on this G+ #ThePlus Forum
Posted by William Jenkins at 22:40