CEduAD: We Are Better Together 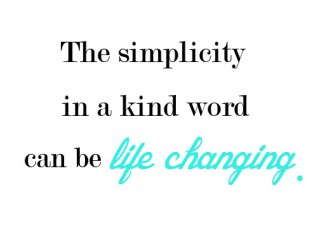 This is an extremely emotional post for me to write and I hope that Connected Educators take a moment to read this as it details how a kind word can change the trajectory of someone whether students, colleagues, members of your PLN, a EdTech Startup... Even a random sales person.

Here is want a simple "5 minute faviour" that a a Pre-Service Teacher, A Connected Educator, a Hot Shot CEO at a Silicon Valley Tech Start Up (The Google of Learning, no less!) and an educator who took a moment to engage has had a big impact on me.

What Value Does a Kind Word Have

Henry Ford worked at the Edison Company and his line manager offered him a promotion on the condition that he would give up "wasting his time" on his gas engine.

This encounter and these kind words were the start of a life-long friendship. I wonder what might have happened if Edison had echo'd Ford's manager's view and told Ford that he was wasting his time.

In July 2014 I was getting pretty exasperated trying to make my plans work in UK Further Education Colleges, two years in and little by way of progress.

I then saw a reply from a sassy pre-service teacher, Alicia Leonard (@ilorax) who was a fan of EdShelf and was trying to rally people round to save the company.

I thought I could help by detailing my own experiences in support of Mike and highlighted how and why this model was the future of EdTech. This post was no better and no worse than my other posts but something weird happened.

The Connected Educator
Eric Sheninger (@E_Sheninger) saw my post and asked people in his PLN to see if they could take a moment to help Mike attract some investor enquiries.

Everyone pitching in to help Mike out saw a successful Kickstarter campaign helping EdShelf out. 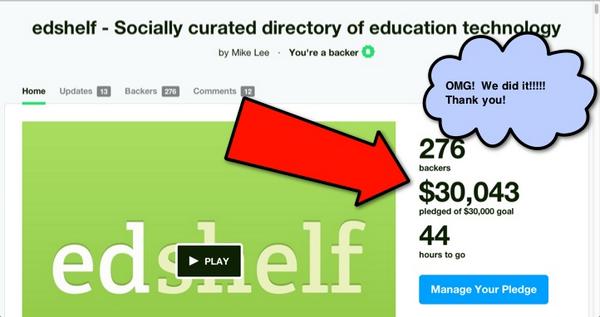 I have benefited in so many ways from getting involved with this call to action from Alicia, writing my pot and Eric then getting involved. Here are some examples of this:
Hot Shot Silicon Valley Startup

In March 2015 I met Ramona Peirson, CEO of Declara (Aka"The Google of Learning")  through a BBC report for international woman's day. Ramona was talking about how she goes out of her way to look for female developers, and how male dominated the VC investment was... But this lady had fire in her belly!

When I heard the topic I jumped up from my seat to get her name to pass onto the Connected Educators who were giving a minority women in tech presentation at SXSWEdu.

When I saw that Ramona worked in Education I sent an invite to connect on LinkedIn. We hit it off immediately! Something that I found strange was that I didn't have to explain my ideas to her, she just "Got it"... she also got my sense of humour too, which is an added bonus.

But before we got to know one another she inspired me with the simplest thing that anyone could, she had an inspiring message at the end of her email:

"Sometimes it is the very people who no one imagines things of that do the things no one can imagine.” Turing

I cannot tell you how much seeing this any time I got an email from Ramona inspired me. After presenting to Barak Obama after 3 months of going live this links appeared and inspired me even more

Visionary, Really?
As we got to discussing various things I started to get some weird emails through saying how talented and visionary I was with my ideas. I dismissed the comments initially but they kept coming and these kind words started to give me more confidence. Confidence to test the ideas... to implement more instead of just writing about them.

Whether your a Connected Educator chatting to a Social Newbie or with your students in class I would encourage people to read these two articles:
Educators in Scotland and my PLN seem to wonder where I came from all of a sudden with these ideas, as you can see in this post the ideas were always being considered, but not always tested or pushed to far..


The Teacher who Engaged
12 Weeks ago I watched Chris van der Kuyl's keynote and agreed with what he was saying and thought "I can create some momentum with this IF the culture was right".

I wrote a snarky post to see how people would react, would they be defensive and argumentative... or would they be open minded and interested in discussing it.

We got lucky, I sent a DM to an acct that was moderated by a few people and I was speaking to Bob Baldie (@BobBaldie), and he was both friendly and interested in hearing my views and even saw merit in my snarky attitude at the ridiculousness of some of the policy decisions.

Stop and think about this for a moment...
If it was not for Bob being engaging and friendly -> I would not have curated the Twitter data -> Would not have connected with Malcolm Wilson -> would not have engaged with the Digital Citizenship Summit.

Without mentioning names, I was disappointed by the actions of some "edustars".  This is by no means a gripe session, or pity me, but a hopeful wake up call to them. When I tried to speak with these individuals, I couldn't help to feel judged, deemed unworthy, and looked down upon. Perhaps they were having a bad day, were tired, or just didn't care. Yet, I couldn't help to think, has this "connected celebrity status" gone to their heads? I found it sad that the mindset of "look at me" overruled "we practice what we preach, and make a positive difference in all lives." Are we not educators who preach to our students to be respectful, don't judge a book by a cover, and don't forget where you came from?

Yes, being "connected" is creating "edu-celebrities." Yet, I can't stress it enough: remember back to your college days when you wanted to be an educator. You wanted to make a difference in the lives of others, instead of seeking personal glory. The Great, The Good and the Sad. Glen Robbins

I know this because I have experienced them all and am the better for it. Thank you Eric, Alicia, Bob and my dear friend Ramona, words truly do escape me. Thank you for believing in me. I hope I can repay the debt somehow.

"Man is ultimately self-determining…in the concentration camps…we watched and witnessed some of our comrades behave like swine while others behaved like saints. Man has both potentialities within himself; which one is actualised depends on decisions but not on conditions"

The $1 Million Dollar Smile Vs Insincere Friendship
The expression one wears is far more important than the clothes one wears on one’s back.

"Charles Schwab told me his smile had been worth a million dollars…Schwab’s personality, his charm, his ability to make people like him, were almost wholly responsible for his extra-ordinary success; and one of the most delightful factors in his personality was his captivating smile.

Actions speak louder than words, and a smile says, “I like you. You make me happy. I am glad to see you.”

…an insincere grin? No. that doesn’t fool anybody. We know it is mechanical and we resent it. I am talking about a real smile, a heart warming smile, a smile that comes from within, the kind that will bring a good price in the marketplace". (D Carnegie)

The Value of A Smile
It costs nothing, but teaches much.
It enriches those who receive, without impoverishing those who give.
It happens in a flash and the memory of it sometimes lasts forever.
None are so rich they can get along without it, and none so poor but are richer for its benefits.
It creates happiness in the home, fosters good will in a business, and is the countersign of friends.
It is rest to the weary, daylight to the discouraged, sunshine to the sad, and natures best antidote for trouble.
Yet it cannot be bought, begged, borrowed, or stolen, for it is something that is in no earthly good to anyone till it is given away.
And if anyone is too tired to give you a smile may we ask you leave one of yours?


For nobody needs a smile so much as those who have none left to give! Dale Carnegie

Posted by William Jenkins at 18:02