In my previous post I raised some questions about the Gazelle initiative. Whatever the intentions, this has turned out to be a costly initiative, the value of which has come under question. For me this has highlighted that educators ideas can be just as prone to making the same mistakes as startups;

“No-one sets out to create a bad product, yet it happens all the time” Dave Feinleib

There is a reason for bringing Gazelle up at the moment, it’s in the hope that people will hear some concerns as I see some parallels with Gazelle and FELTAG. In Susan Cain's Book Quiet: The Power of the Introverts she highlights that;

"The banking crisis was caused the extroverts who had the run of the place. Introverts would raise the alarm to senior management to say the company had entered into business deals that were risky enough to threaten the company's survival. Management refused to listen and those executives were stripped of their power." Elsewhere there were claims that "The extroverts would argue that they never heard from the introverts"
I understand that David Cameron had all his Cabinet Ministers read Quiet. As an introvert who was not heard with concerns I had about Gazelle, I have written to Nick Boles in an extremely unconventional manner to make sure my views have been heard. I have not heard from him directly, I am led to believe that he has seen my correspondence.

I do have some observations regarding what I have seen with the FELTAG and was keen to express my views… I am as likely to be wrong as anyone else and you’re welcome to disagree with me but, at the same time, the roll out process of technology in FE has been what I have been working on for 2 years. Here are my views and experiences.

Alternative Roll Out Model
During 2011 I worked on 2 separate projects that enjoyed almost instant feedback regarding colleges’ intention to participate. One project had over 200 colleges interested, another saw orders of £76,000 being confirmed. These results were both achieved within 3 weeks of letting my (In bound, opt in) FE contacts know about each idea… Any enquiries about these projects were from people contacting me looking for more information, not me selling to them.

The methods of engaging with FE were different to the traditional sales methods I had used for the previous 4-5 years. These initiatives led to me realize that there were issues with the EdTech roll out process in FE.

I researched the issues and produced this Technology in FE Report "Developing Relationships and Delivering Value" with the kind permission of some seriously knowledgeable people regarding technology: Bill Aulet (MIT), Doug Edwards (Google) Geoffrey Moore (Author Crossing the Chasm) and Dave Feinleib (Silicon Valley VC)
After publishing this report I went about identifying the vital "early adopter" group in FE. I was making good progress with about 100 people who I identified as tech enthusiasts and change agents.

Early Adopters Vs Celebrity CEOs/Extroverts
Then FELTAG came along and all of a sudden a number of other organisations and groups became interested in EdTech and are interested in looking for early adopters... None of whom seemed to express much interest in my EdTech report when I sent it to them 12 months earlier.

Based on my experiences with other projects and my exploration of leadership I wondered "Are all these people talking to one another? Or are they competing with each other? If they're competing and not collaborating, then any new Tech project is in trouble." (NB When Gazelle was being established I counted some 250 young enterprise initiatives, did they collaborate with one another?)

I don't see too much of this in FE, of the "level 5 leaders" that I am aware of they don’t appear to get too involved with these national initiatives… But they are truly fantastic to have Edu/FE discussions with.NB These two links are a MUST READ/WATCH for any aspiring leader;

Change of Plan
With the arrival of FELTAG I thought about how I was going to make my plans work now? I am a massively collaborative individual and wondered;

"What if I put my Business Plan online?"

If these groups are able to implement this, great! The extent of my resources for the last 2 years has been a laptop and an internet connection! So published my Business Plan, but highlighted that;

"I've been eating and sleeping this idea for over a year and have made good links with various organisations, it might be a little silly not to utilise that kind of experience and enthusiasm"

You see there is a key ingredient needed for this kind of plan to work... it is a massive amount of collaboration, it's putting aside egos and proprietary rights etc (Want an example besides making my business plan public? How about that I've been supporting a potential competitor? See #SaveedShelf, I'll even work with groups of people I'm not a massive fan of i.e. politicians).
The early adopters account for 20% in any sector/industry if all these FE tech groups are ran by people who are out to make a name for themselves or and/or will only collaborate with this other group or that, then there will be problems.

Led by Early Adopters …Or Ego Driven?
I've been to a couple of meetings that are FELTAG based and followed some webinars/live streamed events and Twitter discussions. An observation I've had is that;

Based on what I've seen from the demographic of the attendees and the lack of chatter on social media, I would question if right people are in the room at these events. Someone who is listened to in this space has actually said as much;

"A lot of the people who THINK they are innovators and are early adopters, actually are not"

I could not agree more with this sentiment. I wonder if it's the most senior person at the college who wants a day out of the office who attends.

As with Gazelle, I do not disagree or mean disparage the aims of FELTAG, the issues are with the "Cracks in the floor" of the culture. This is why I worry that the outcomes for FELTAG may be similar to Gazelle... and for the same reasons: A lack of collaboration (as an example: Where in FE is Everyone), ego and a bad culture leads to scaling ideas too early and/or poor implementation.

There are too many people who I admire that advocate the importance of culture and the description above isn't it! I have some ideas about how to improve the culture at the same time as the level of innovation with technology. But these ideas would not work under those conditions.

I will remain in FE but will only be dealing with a small group, the people who have engaged with me, the people who I believe are innovators and who I know I can work with... because the relationship matters!

Not only do you need to be heard, you also need solid relationships. Relationships that will allow you to say "I think we're all getting on the bus to Abiline here" without the kind of trepidation that I have about publishing this post or my previous one because of the potential backlash. Less Speed... More Haste
Whether you agree with my views or not, the urgency is real and the need to get this FELTAG thing right is crucial!

Februrary 2014: I wrote a post called "Creatively Massively Disrupt... Or Someone Else Will" which suggested that Starbucks, yes that's right... Starbucks! Could threaten FE for admissions.

June 2014:  Starbucks announced they will be offering free tuition to baristas IF they do The University of Arizona's online course... They are using staff to iterate their way to Product Market Fit.

With these alternative models FE is going to have to get it right very quickly. However, there are plenty of examples of lots of clever people have got together in their committees and have still got the decision making process wrong with EdTech, as this article demonstrates: Go Slow or Go Home.

What's Really Important with EdTech?
For all the strategising, meetings, conferences etc I do wonder if FE remains largely oblivious to some of the most effective things do be doing with regard to the adoption of technology in education. 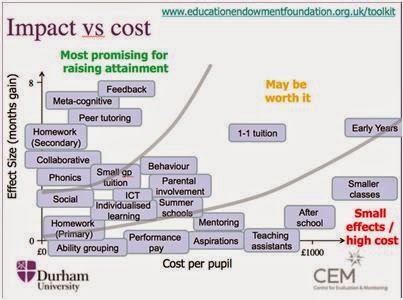 Furthermore, I wonder if failure to understand the right concepts could result in the laggards continually putting a spanner in the works at every twist and turn when trying to implement change...So much so that the innovators throw their hands up in despair and leave the sector.

Meanwhile ...back at the coffee shop, Starbuck's (amongst other) will be exploring alternative models, and may well make progress in leaps and bounds and eventually surpass and usurp FE as they become more effective.

A US supplier wrote to me looking for my advice about rolling their service out in the UK, I was tempted to say "Go speak to Starbucks... I believe they will have iterated their way to Product Market Fit in education before you have any chance of getting traction with FE." Sad but true.

This has led me to believe that FE is a "bad market" as David Feinlieb would put it. Furthermore, when I add my experiences to EdShelf's in the US, I've been left asking myself and my PLN

What kind of engagement do educators REALLY want?

What's Next?
I do not believe that all the innovators are included in the various groups, meetings, webinars etc... If they are, the culture clearly isn't right. Maybe the issue is that FE has been dealing with politicians for so long they're starting to behave and think like them. Perhaps they've got confused about the kind of collaborate they need to be using: Collaborate Vs Collaborate

I will collaborate with the people I know I can work with, who I know will listen to me and value my contributions and who appreciate the kind of culture required... the level 5 leaders that I've found on my travels and/or the people with this kind of attitude:
"No one  knows what to do... So you need to choose yourself"

Out with this small group, I'm going to take my ideas to other areas of education. I may return in the future if and when I get more buy in.

In the mean time, if any individual colleges who are not part of my PLN want to explore effective roll out further, you may want to consider subscribing to "EdShelf for Schools"... those guys have a good understanding of what's required, they've been exploring the same issues for the same amount of time as I have in the US.

Obviously I will also continue to write reports and blog posts which anyone who's interested in my ramblings can read, including my next post which considers some ideas for simultaneously improving tech integration, innovation and culture in education.
Posted by William Jenkins at 04:04