This post explores the possibility of hosting an Edcamp in the UK.

This is an idea that I think could:

2) Empower educators as John Swinney suggested he wanted at the 2017 Scottish Learning Festival.

Background
In 2014 I achieved more in 4 weeks through working with US connected educators than I did trying to make the same ideas work in the UK Further Education Sector.

Since then I have developed ideas where the culture has looked good... but moved on when the culture has become a little less conductive to doing good work that has value. Sometimes I shelve ideas and return to them.

Exploring the idea of a UK Edcamp could develop ideas like #EdChatMod, #Get2ISTE, StartupEduChat and ideas I shared with Gazelle and FELTAG... as well as ideas I've explored in Scottish Education from time to time over the last 3 years.

Dec 2012Helped establish UKFEChat by attending each week and doing a lot of outreach via social media and email... and suggested that the first #UKFEChat meetup could be an Edcamp.

April 2014
I curated data on Twitter Edchats and produced an Edchat Resource Plan and created an EdChatMod Google+ Community page for Edchat moderators to share ideas and promote their chats. March 2015
I had my first conversation with James Stanbridge, the first Microsoft and hot shot Silicon Valley VP to "get" my ideas... and that has made all the difference! The ideas we discussed during this call are a lot closer to being realised (Slow progress I know!) and the comment James left on my SpyQuest Mission post is a real highlight of my time in education 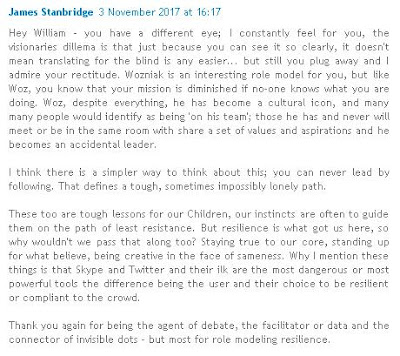 I agreed with everything he said and got to work. I mapped all Scottish Schools on Twitter, the data highlighted where the innovators were and led to me organising UK Digital Citizenship Summit 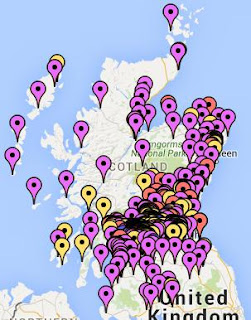 Sept 2016
Was told about the progress that had been made with Scottish educators signing up to ambassador programs like MIE Experts etc so worked on some visual data in the run up to the Skypeathon. 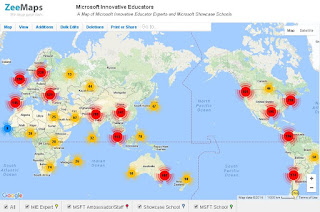 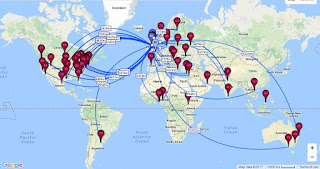 April 2017
Read a CMX article about Edcamps and a comment that caught my eye was the fact that there was no master mailing list when they started out, but estimated that 1,500 Edcamps had taken place... I sourced 1,900 and asked the question: Who Sells Edcamps? 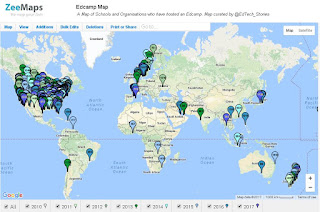 When you look at the way that Edcamps have grown in the US, just like looking at the Scottish Schools who are on twitter and how the number of accounts they have has grown in the last 2 years, you've got to consider.


"There must be something to this form of professional development"

Nov & Dec 2017
In a professional capacity I have seen the value of Twitter and Skype.

As a parent, I saw the value of this when:

1) My youngest son visited Westquarter Primary School on a SpyQuest Mission and
2) When someone from the Skype for Good team at Microsoft took a moment to speak to my oldest son.

These events, as well as Michael Wu's presentation at the Scottish #Cmgr meetup, highlighted that the cultural conditions are good for a few ideas to develop and (hopefully) scale. 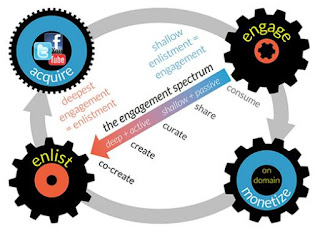 1) A lack of interest and
2) The organisers time

Were factors why this didn't happen. It was also disappointing when I realised there were 3 Edcamp organisers here during BETT 2016 for the  UK Digital Citizenship Summit (something I realised after the event?!)

Edcamp UK 2017
So with over 50% of Scottish Schools on Twitter, a growing number of MIE Experts, Microsoft roadshows and a post BETT "Capes and Kilts" visit by Microsoft developers

...I wondered if it might be worth exploring the idea of an Edcamp in a way that could bring a few earlier projects together a develop them too in a way that would help the connected educator agenda.

Plan for the Best... Prepare for the Worst
Over the last few weeks I've been exploring the idea of an Edcamp in the UK and among the concerns before doing too much with this have been:

1) Will there be enough interest for people to attend?

2) Will people new to the Edcamp format be interested in submitting and/or leading a topic for the session board?

3) Would an Edcamp be surplus to requirement given that Teachmeets, Pedagoo events, Microsoft roadshows as well as other local and national events that are on.

After discussing these points with people:

1) There are almost 400 people who have got back to me - from both sides of the pond - either offering advice and support for the event... including 3 potential venues to host the event

2) After speaking to a few Edcamp organisers I wondered if we could Skype in to another event... this way if the session board was a little light for the UK event (Which I don't think would happen... but just in case)

i) What could Teachmeets and other forms of PD learn from Edcamps and vice versa?
ii) If organised in the run up to the Scottish Learning Festival then some post-event activities could lead into and complement the 2018 Skypeathon.

This idea is very much at the discussion stage and we are keeping people at Skype/Microsoft and Edcamp updated with our ideas, plans and progress.

Here's a visual example of the number of people who have offered input, advice and/or are looking to get involved with this in some way. 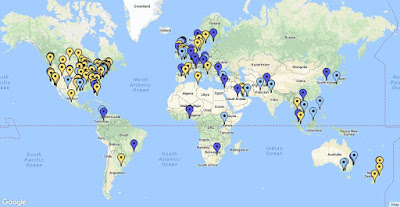 Interested?
This idea is in the planning stages at the moment but we are looking at a date in Sept/Oct and are working on a plan that will have some pre and post event activities that would lead in to the Skypeathon in November.

If you are interested in finding out more and/or looking to get involved (Attending, helping organise or Skyping in on the day) please feel free to complete this survey:

More about this proposed event to follow in future posts. Thanks to everyone who have offered advice and support so far.

Posted by William Jenkins at 06:00