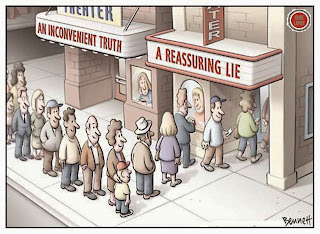 My blog has been dominated with the goings-ons from the Scottish Independence Referendum, not because I necessarily wanted Scotland to be independent, but because of the unique conditions that the Yes Alliance had created.

It is my opinion that a fantastic opportunity is slipping away because of a lack of guidance and leadership, as well as an insistence on focusing only on politics with the usual arguments along the lines of party politics as opposed to rational debate. I thought I have detailed the potential that I saw in this #The45Plus 2 weeks ago... Today I focus on where it all went wrong.

Devils Advocate
In the event that the more vocal and less helpful element of the "cybernat" community weigh in and criticise this post I would like to point out that;

1) The voice of the devils advocate has value
2) I am providing the benefit of my experience when there's a shift in culture
3) I voted "yes" and, based on the social media rhetoric, that entitles me to say whatever I please... as long as you "Don't blame me, because I voted Yes"

In group situations, the presence of a blocker can actually make the decision making process more rational and less likely to go off the tracks. It gives us a new appreciation for someone who tends to play “devils advocate” ...Although no one is likely to win a popularity contest by playing the devil’s advocate, businesses would do well to respect a dissenting opinion – if not straight out encourage someone to take on such a role. The dissenter, of course, is as likely to be wrong as anybody else, but the discussion of the points made by the dissenter can add perspective to the debate.

On the day that the SNP membership reaches 100,000 and someone that I respect is contemplating leaving the scene, I thought I'd provide the benefit of my experiences. I have written 26 posts about the referendum since the 9th Sept, many of which question the current trajectory of the "Yes" proponents chatting amongst themselves and vilifying the 55% of people who voted "No thanks"

Making a Land Grab - Corporate Experience
Everything that the Yes Alliance did was designed to make Scotland an independent country, to make a "Land grab for market share" for Yes votes to gain independence. I have had some experience of this in the corporate world.

I worked for a company where I was the project manager of a great initiative. Within a three year period the project had went from nothing more than an idea to 50% market share and 100% repeat business.

When it was apparent that this project "had potential" (When other areas of the business was struggling) the company Directors decided to "Ramp Up" the work in this area. I helped get a new team in place and was then moved onto another project. Almost over night everything was changed, the staff, the sales pitch, the way customers were treated, pricing etc.

What's the Difference Between #VoteYes & #The45Plus
What has this got to do with the referendum? Because I feel that the thing that created so much momentum with the Yes Campaign is being affected because politicians seem to be content with some short term results that suits them, but not any other group... That and the fact people seem to have a short memory.

Peer index analysed over 330,000 Tweets in the run up to the election and found that there were 6 pro-Yes hashtags in the top 20, #VoteYes was Tweeted 166,000 times in 30 days and #BetterTogether was Tweeted just 23,000 times. See Scottish Referendum in Hashtags

On Twitter today not only does the chatter seem to be all from the Vote yes camp but, more concerning, the tone has changed since the election... So much that the #VoteNo camp may be afraid to speak out, whether to join the discussion or to criticise. With the rise of this hard line the 55% may be just as determined, but just as silent as before the election.

Now there are obviously big wins for the SNP and the Yes Alliance as the SNP membership is now at 100,000 members, I'm sure that some see this as a great result and the "bee all and end all" of this fantastic campaign... well, perhaps with the exception of independence.

However, as I've stated repeatedly on this blog I did not #VoteYes because of petty party politics, and have little time for the political class of any persuasion. However, I do have a lot of time for culture and strong leadership... Which clearly Alex Salmond and his team have with their Yes Campaign. In my opinion, this culture is the reason we have 100,000 members and could be (or could have been!) so much more.

#Indyref Campaign
#Indyref dominated Social media (in particular Twitter) and #VoteYes, with it's positivity and humour won the social media debates. However, conspiracy theories aside, the silent majority claimed victory on election day.

#The45Plus: The "Early Days"
A mix of good humour, a shared identity and common goal and criticism of the other team (Problems with "The Vow" and riots) the #Indyref #VoteYes tribe continued the discussion and trended for the entire weekend. It is my belief that this was the result of "Network Effects" and "Positive Feedback Loops"

What could have been
I will be detailing what I think #The45Plus could have looked like in my next post but, for the moment, will focus on how the full potential of #The45Plus might have been achieved.

On Sunday/Monday (21/22nd Sept) leadership of #The45Plus group was missing... A leadership that could only have been established by the 60+ "Yes Scotland" accounts, as this was the unifying thing that brought a diverse group together. Here's 2 things that I believe should have happened.

Integrating The45 & the other 55
There was a war of words with the #VoteYes/#VoteNo camps over the weekend but by Monday we had people saying "I wish I voted Yes" and "I voted No but can I join #The45/#The45Plus? Depending who you spoke to some of the #Voteyes tribe said "Yeah come on and join the chat," others said "No, go away"

The "Yes" Scotland accounts should have been on this like a rash to say "How can we improve on a result of 45% without the support of at least some of the 55%? We should welcome anyone who want to join the discussion.

Shared Identity & Goal
People were self organising and asking one another "What could we and should we achieve as a group?" The window for discussing this went on for a full day.

Again "Yes" Scotland should have taken the lead here to identify a new shared identity and goal... Maybe something like "We'll do what we can to win over the 55% and in the same spirit as we did with our #VoteYes campaign... with positivity and humour.

Oh, and by the way, we're not very good with our maths... because 100% of 45% agreeing with each other is still only 45%, no matter how much more strongly we may or may not believe in independence, this is still a minority.

This attitude has not only driven most of the diverse groups of Scottish people who came together at the water cooler that was #Indyref away to leave the political activists, but it has left the angriest and/or the most hard line Independence advocates... and it sure isn't the #Indyref #VoteYes camp putting it's best foot forward.

People are talking about a new name for #The45Plus, people may want to consider something like #TheAngry5%.

You know what the media did when it was a fun and positive campaign, they will have a field day with all this "Cybernat" stuff, and they are: Conspiracy and paranoia reign in the grassroots Scottish Independence Movement

"But the mood of these Yes supporters is still deeply problematic for the wider independence cause. If this eclectic bunch is seen as being the only people who bother to keep the independence flame alive, it will put those lacking their penchant for conspiracy off. Floating voters viewing Yes campaigners as weirdoes to be avoided at all costs would be a disaster for the Scottish independence movement"

Can the full potential of #The45Plus be realised today? I'm not sure but I'll be commenting less and less on Twitter but will be assisting Brave Many in any way I can with their new community, because if anyone can get this back on track its those guys.

For more info on what I feel the full potential of #The45Plus was and how to get there will be detailed in the next posts, including Collaborate as if Scotland Depends on it
Posted by William Jenkins at 14:41