Collaborate as if Scotland Depended on It

Two years ago I noticed some fundamental changes in the way that business was being conducted in Education and spent some time exploring the issues. Today I explore these same ideas in context of the Independence Referendum because of the potential with the culture the election has created.

I believe the principles, ideas and research I have explored in education is applicable and transferable to the Scottish economy. I have written extensively about my findings and more details can be found on the accompanying links for anyone who wants to explore these ideas in more detail but, to summerise;

Social Media
To any critics of social media it is NOT a waste of time, Twitter has been invaluable to me with making new connections, generating new ideas, generating income and improving on current practices. More Info: One Small Click for a Digital Immigrant... 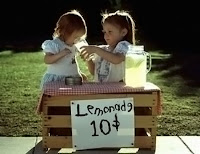 Sales Matters
Sales and sales people can get a bad reputation both within their own organisations and with the perception that prospective customers may have. In Education sales, as well as other sectors I'm sure, this attitude has wide and far reaching implications. It is my belief that there is a far more efficient system for EdTech roll out, a system that could be applied to help Scottish businesses.

Sales is such a key function for business and can assist young people with their personal development that I believe that sales should be part of the education curriculum. More Info: Sales Matters in EdTech

Major Tech Companies
I wanted to let suppliers and educators that there was a more efficient roll out model, one that was based on the practices and advice from experts like Geoffrey Moore (Crossing the Chasm), Bill Aulet (MIT & Disciplined Entrepreneurship), Dave Feinleib (Why Startups Fail), Doug Edwards (I'm Feling Lucky, Google Employee #59).

I produced a report to detail how inefficient the current sales model is and the implication in this Technology in Education report: Developing Relationships & Delivering Value (Anyone with a sales team should find some of these ideas useful)

Collaboration & Co-Creation
This is the biggest lesson that I have learnt from all of my exploration with education, sales and major tech companies. It is through collaboration and co-creation that I have understood the importance of
#Indyref & #The45Plus
Since a visit to George Square on the 6/7th of September I have been blogging about #Indyref, but am not too interested in politics... which people find a little bizarre.

My interest in #Indyref and #The45Plus, before it all went wrong, is because of these issues above. I felt that the culture was ideal for something special. How special? Seriously! I wondered if the culture might;

Collaborative Business
More on the other points in later posts, here I want to focus on the issue of how this hyperconnected and collaborative #The45Plus might have affected business in a positive way. I would like to highlight this with an extract from "Crowdsourcing" and how Innovcentive has created win-win situations for all stakeholders.

“When faced with a big intellectual puzzle, scientific disciplines tend to do 2 things – throw lots of man hours at it; and divide up the task. This, for example, is the way genetics researchers tackled the task of mapping the human genome in the Sanger Centre near Cambridge. But in subject areas which line between specialist disciplines, this approach doesn't work. “If the difficulty of a physiological problem is mathematical in essence”, Wiener reasoned, “Ten physiologists ignorant of mathematics will get precisely as far as one physiologist, and no further.”

Eli Lilly funded InnoCentive’s launch in 2001 as a way to connect with brainpower outside the company. From the outset, InnoCentive threw open the doors to other firms eager to access the networks’ trove of ad hoc experts. Companies such as Boeing, DuPont and Proctor & Gamble now post their most ornery scientific problems on InnoCentive’s website; anyone on InnoCentive’s network can take a shot at cracking them. The companies generally pay solvers anywhere from $10,000 to $100,000 per solution. Jill Panetta, InnoCentive’s Chief Scientific Officer, says more than 30% of the problems posted on the site have been solved, “which is 30% more than would have been solved using a traditional, in-house approach.”

Ed Melcarek, one of InnoCentives most successful solvers has won 6 challenges. “Not bad for a few weeks work” he says with a chuckle.

Melcarek has discovered something of a winning formula: find chemistry or biology problems that he can crack using his background in physics and electrical engineering. In 2007, Innocentive launched a category for engineering challenges but Melcarek doesn’t bother with it. All 7 challenges has solved were in other fields...Melcarek wasn't the exception, he was the rule: the scientists most likely to solve a problem were the ones you’d least expect to be capable of solving it.

“We actually found the odds of a solvers success increased in fields in which they had no formal expertise” ...an even more interesting gem: a full 75% of successful solvers already knew the solution to the problem. The solutions to the problem in the study – many of which, recall, had stumped the best corporate scientists in the world after years of effort – didn’t require a breakthrough, or additional brainpower, or a more talented scientists attention; they just needed a diverse enough set of minds to have a go at them. It all goes to support Hayeks proposition: progress lies not in acquiring new knowledge, but in aggregating and utilising the knowledge we already have. When I asked Melcarek how long he spent solving InnoCentive problems, his answer was telling. “If I don’t know what to do after 30minutes of brainstorming, I give up.”

We have seen what the vote Yes community has done for companies like the Sunday Herald. I am also aware of enough case studies for this to warrant some exploration. For example in "Switch: Change when Change is Hard" a High School basketball team regenerated the town's high street by encouraging people to spend $10 a week/month in town instead of in out of town shopping centres. If 1.6 million people spending £10 a week/month in local businesses = £16 million per week/month!

Collaborate as if Scotland Depended on It!
If Vote yes people want to convince Scotland to "Go it alone" an improved economy is a sure fire way to win people over. Furthermore, if Scotland was to be independent with a population of 5 million it makes sense to be hyperconnected and super collaborative.

This my friends is the reason that #Indyref appealed to me and why I have been blogging about the importance of the culture. This culture of collaboration is not just for Scottish business. There are also ways that ideas regarding how a hyperconnected Scotland could;
Crazy? Right! Tell me about it! Been trying to make the same model work in Education for 2 years without success so no reason to expect any difference here... But doesn't stop me from blogging about it all. More craziness along the same lines on different topics to follow.
Posted by William Jenkins at 08:21