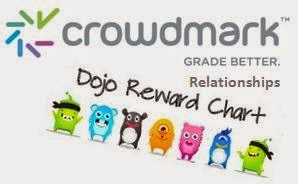 #EdTechBridge had its second chat session this week and moderator Steve Isaacs highlighted some of the publicity and impact that this new Twitter EdChat was receiving. My participation within this community saw my efforts being acknowledged publicly, which I am extremely grateful for, but can tend to feel a little uncomfortable with.

That said, there is one idea that I have been praised for that I would like to focus on. I have mentioned the impact that Adam Grant's book "Give and Take" has had on me in previous posts, as well as the ways in that experienced Community Manager's have helped me via forums like #cmgrhangout and #Cmgrchat. A core message from Grant and Community Managers is engagement and collaboration, and has inspired me to look for ways of doing "5 minute Favours" for people. This is where you do something that would only take you a moment to do...but could have a big impact on the recipient. Here's Adam Grant explaining how this works; 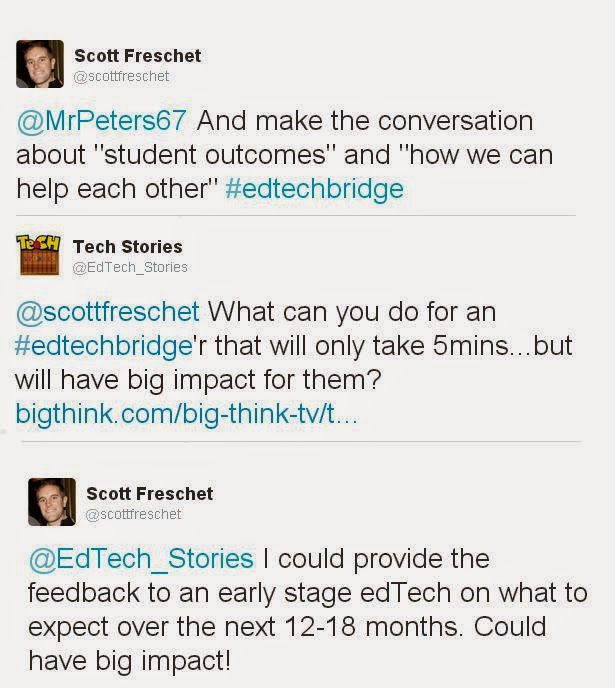 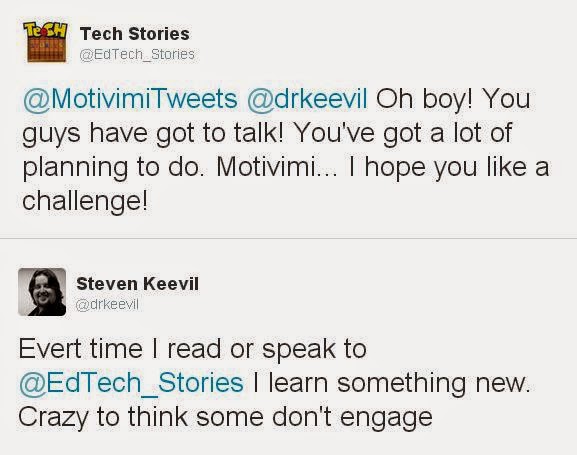 I spent 5 minutes helping a few people this week and the impact of this could have the potential to be significant, here are two examples.
Give and Take I have found that people can have a tendency to second guess the motivations around this kind of activity. But there is no need to second guess anything. The reasons are... because it makes perfect sense;

Paying it Forward - There are people who have helped me in the way that I try to help others, like the Community Managers who have been kind enough to provide the benefit of their experiences. I hope these Community Manager feel that I have not take up too much of their time... but their advice sure has had a big impact on me!

I thanked some of these Community Managers this week for their input, and asked how I can repay them. Their reply was... "all I ask is that you pass the favour on," I assured them I would
Culture - I am involved with a number of communities at the moment, all at different stages and with me playing different roles. One of these communities could do with a slight change in culture, a bit more give and take... more engagement & collaboration. I am also involved with some new communities, both online and in real life.

Some of these groups consist of diverse members who, while they have the same goals they can have different priorities, agendas and perceptions. Regardless of whether you're trying to shape or change the culture, you need to lead by example. By the way, this article is worth a read "What culture IS and IS NOT"
Relationships - The culture that is established dictates the kind of relationships that members of a group or community will have. The relationships that I want to have are positive, constructive, engaging and collaborative. After all, it's through these kind of working practices that great EdTech comes from.
Who do you want to work with? A question that was asked during #EdTechBridge was "What kind of EdTech would educators and EdTech companies want to work with?" For me it's EdTech that spreads by educators through word of mouth referals. Here are some of my faviourite articles on this topic;

The chat also asked what would this collaboration would look like?

Positive Messages - How can I help? 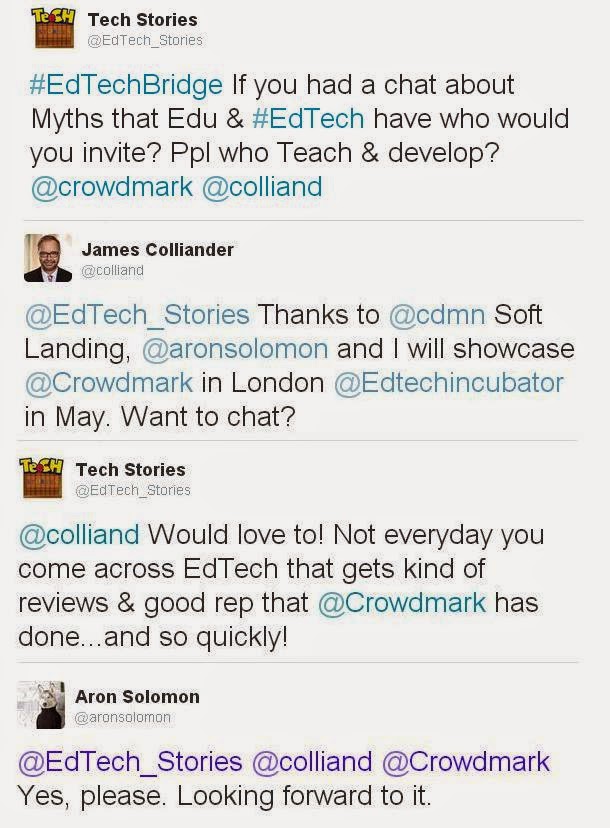 Two years ago I set myself the goal of developing my inbound marketing skillsset in the hope that EdTech who enjoy this kind of viral roll out might consider working with me. Two companies that are high my list to collaborate with would be ClassDojo and CrowdMark, because they seem to get universal praise from educators.

Just before this weeks' #EdTechBridge session I sent a Tweet to James Collander at Crowdmark to ask if James would be joining the chat. He wasn't able to attend, but the Tweet did lead to an invite by him... followed by the offer of a 5min favour. What will come of it? Who knows? But, if I spend a few moments sending people in my PLN information about Crowdmark, what's the worst that could happen? Some of my contacts get introduced to some great EdTech, that can save them some time?

With ClassDojo not only do they get praised by educators but their founders, Sam Chaudhary and Liam Don, are on Forbes list of the top "30 Under 30" in education.

I watched a video about ClassDojo new messaging service and I could see this being really useful in FE. However, I believe that ClassDojo's customer base is predominantly US primary schools.

Therefore, I am going to take a moment to highlight how and why I think ClassDojo could be beneficial in post-16 education in the UK. If both ClassDojo and FE like these ideas then ClassDojo will have a new market, FE improved student behaviour and my personal goals could become more tangible, all of which will have been the result of a "5 minute favour," talk about win-win-win situations!

In addition, this activity will also mean that I will be;

1) Repaying a debt of a kindness that others have done for me
2) Creating the right culture, which will result in...
3) Building some new relationships in the right way, through collaboration and positive engagement

I hope you can see the benefit to everyone involved with the concept of the 5 minute faviour, and that you might give it a try yourself. I also hope that this post will help you realise that any time I say "How can I help?" that you know I mean it, and that you'll take me up on the offer.
Posted by William Jenkins at 01:25