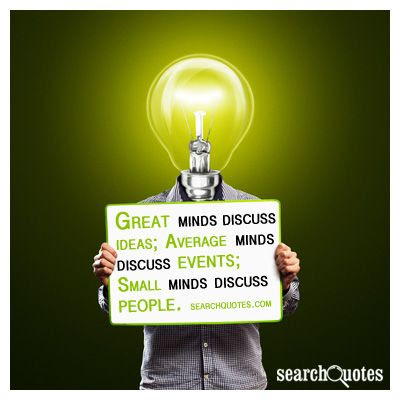 What do Scotland's #The45Plus and Educators online have in common? Some might argue that there is a culture of moaning and complaining about politicians.

This statement is not an easy one for me to write, and I am by no means saying that #The45Plus or educators are dour faced complainers.

What I hope to demonstrate in this post is that if culture is not carefully cultivated then something will fill the void. Usually this is a group that should be neutralised... the complainers.

This is true whether we look within an organisation, with external partners or a groups behaviour online. It is a lack of a positive culture that people find themselves dreading attending a meeting when they know "That Guy" will be there. You know the one: the person who has an issue with every suggestion, every idea and... every time... at every meeting! It's draining!

If these meetings are not managed with strong leadership, at best it's an unproductive use of time; At worst other people will take this person's side until the kernel of a good idea is killed with the ensuing negativity.

This is why a lot of organisations who do value culture make sure "That Guy" never stays in the organisation beyond the initial induction. (See P8 & 19: Culture in FE) Compare this with Tenure

Political Leadership
I've supported #VoteYes and #The45Plus because I saw a unique potential to get Scotland connected, which could have led to various groups collaborating in new and exciting ways. Ways that I have had experience with... experiences that have been extremely rewarding win-win situations.

I am not a fan of politics but I am a fan of strong leadership. I saw some inspired leadership during #indyref #Voteyes. I also see strong leadership in Obama's administration, particularly with Obama and Arne Duncan. I joined the EdChat with Arne Duncan this week, which was part of "Connected Educator Month"

I'm sure people will have an issue with this statement about political leadership. But bear in mind any political change agents will have to deal with "The opposition" and a lot of self interest  as we can perhaps see how progress can be slow... and how their impact might be limited.

It was interesting comparing Arne Duncan's EdChat with Panorama this week, which profiled the UKIP leader Nigel Farage. My goodness what a difference! Man of the people? Really? An investment banker who's never at work and wants to perpetuate a forever recession by limiting immigration when immigrants are more likely to start a business and could benefit the economy?!

#The45Plus: What It Is
We saw elements of this inspired Vs poor political leadership via the Independence Referendum and #The45Plus. The culture of a shared identity and a common goal pre-referendum created some real momentum... But the work of some strong collaborative leadership has been shattered by others who have jumped on it for personal gain.

Then the politicians moved in. Some politicians took over the network... a network that other politicians had built, someone created a national water cooler online, where people were talking about a great many things besides party politics. It was a fun experience because people knew each other and both the group and the discussions were diverse. It was an enjoyable experience.

Today #The45Plus is a community of political "Neo-Nats" where Independence is the only topic, political activists are the only people there and the culture is one of being angry and complaining. Because there was no leadership, some self interested politicians came in and dominated it with their particular angry brand of politics.

The result? #The45Plus is hardly a positive experience for anyone except perhaps for angry nationalists who want to talk about boycotts, vengeance, kicking XYZ party out of Scotland and conspiracies.

To my shame, I started to become snarky and critical on Twitter... The culture of #The45Plus evolved and I got caught up in it. I forgot my number 1 rule with Social Media for a while:


"If you've nothing nice to say...Don't say anything at all"

This is ironic as I got involved because of the diversity and positivitiy of the network.

I am annoyed at myself, this is the reason I will be trying to discuss politics less and less. I am also annoyed with Scotland's politicians as the potential of this #The45Plus network has been hugely compromised.

#The45Plus: What could Have Been
If the right leadership was present (or, it might be argued, if no politicians were present) in the first few days of #The45Plus then more and more #VoteNo people would have been integrated to the network. This would have made up "The Early Adopter" market for some sort of Scotland online hashtag.

Sure there may only be a minority of Scots on Social Media, but as people from various sectors benefited in real life - businesses like the Sunday Herald, food banks, charities, maybe people would have started to get apprenticeships or jobs - then "The Early Majority" would have joined and if the "Network Effects" and "Positive Feedback Loops" continued, within a few months I'm sure we would have seen a lot more Scots online and collaborating... and with a more international audience too.

There are hardly any Scottish educators that I can see joining Connected Educator Month Events. Not only could the #The45Plus have gotten more educators connected, but we could have seen Scottish schools and classes collaborating with various stakeholders in all kinds of new and interesting ways, as I've seen in the US. But this didn't happen.

I am working on a report that details the impact that I felt the potential of this network could have had. I will focus on issues like education reform, "Unslumming" inner city areas and with the economy.

In the mean time, through dealing with politicians for the last month, and seeing how they squandered this opportunity, has helped to confirm the futility of my efforts in UK Education and for the same reason as #The45Plus... because of the confusing and contradictory culture that politicians set.


Education Competency
What happens when we apply the idea of politicians simultaneously creating and killing opportunities like #The45Plus to education? In my opinion, it creates such a degree of suspicion and cynicism that it makes any scope for unity and collaboration almost impossible.

This is not helped by the fact that politicians;

1) Do not value culture. We see this via their argumentative style parliamentary debates
2) Are ego-manic's who lust after power, or
3) Are looking for quick fixes and/or soundbites that make them look good before it's time for a re-shuffle to get higher up on the greasy pole or re-elected so they can continue with their lavish expenses
Whatever the reason, the result is that politicians have no interest in taking things slow or carrying out proper due diligence, collaborating with educators and/or don't understand the roll out process. Here are two examples where a lot of people have got things wrong;
Throw in a recession or two, compulsory redundancies due to budget cuts, overworked staff because of these cuts, some strike action and the odd soundbite from politicians telling educators to "Stop whinging," and we can see how morale and innovation might be adversely affected.

Culture: Unity & Collaboration
In the last week I have seen our usually caring and committed educators dismiss a number of initiatives almost out of hand. Is this because they were bad ideas? Or was it because of who was suggesting the idea? Or maybe it's because, just like #The45Plus, the culture has not been cultivated... so it allows the angriest of our educators to dominate the discussion.

There is no other industry where I can imagine that some of the comments about employers would be permissible in the way that educators attack their employers (ie Politicians) online.

I stress that I am not attacking educators. If anything, I am criticizing their politician bosses and anyone who might manipulate the situation... like unions and other political parties. Here are 3 recent examples of some ideas that could have potential being dismissed by educators;

The cynic in me doesn't find this "Oath" as much hippocratic as hypocritical given that the suggestion comes from a group who regularly break promises, whether: "Vows," manifesto pledges, assurances to reign in expenses or employing family members... Or say they value educators in one breath and tell them to "Stop whinging" in the next.

But the rational optimist in me tells me there is value in the idea. Social science experiments highlight that this does work. Check out Dan Airely Ted Talk (from 7:21-8:40 secs)

Two interesting and useful ideas... both face criticism because of the who it is suggesting them. This highlights how challenging education has become.

Unity was Ernest Shackleton's #1 priority, I wonder what he would do with education if he was the boss of it all!

The Curriculum for Excellence
What can I say! Two years of infighting because of a lack of leadership... topped off with a lack of responsibility! Educators agree that reform is needed but, boy what a cat fight any time new models are mentioned.

I have my own views on exploring reform, namely that 1) Educators need to be involved, and 2) Small scale pilots is the way to go. Regardless of the nature of the reform or model under consideration:

Sales Matters! Collaboration Matters! Culture Matters! The roll out process matters! Politicians and educators could to well to explore this:

"No leader can hope to persuade, regularly and single handedly, all the members of the group. A forceful leader can reasonably expect, however, to persuade some sizable portion of group members. Then the raw information that a substantial number of group members has been convinced can, by itself, convince the rest. Thus the most influential leaders are those who know how to arrange group conditions to allow the principle of social proof to work maximally in their favour" Robert Cialdini

Two years ago I believe that some 3% of Scottish Educators were optimistic about this new model.

What would have happened if the Government worked with this 3% of proponents for 3-6 months, got case studies before finding the next 20% of early adopters "The Visionaries" and worked with them for the same period...

Would we have more buy in and progress today? Would we be at 50%+ of educators more optimistic about these changes?
Charter Schools
During Connected Educator Month there were some critical attacks on Charter Schools at #EdNation. Now, I admit that the comments were warranted and valid, but in my opinion, at least some of these attacks, appear to have some basis in envy and competitiveness.

From what I can see the results from *SOME* charter schools in the US are enviable... but the conditions would be extremely difficult to implement under the culture of a lot of state schools, so any comparisons are unfair.

Collaborate... Or Complain?
On Monday, Scotland will open it's first charter school and, as far as I can see, they have got the culture right! They have done their due diligence! They will be collaborative! They seem to have the right people! They are starting small (29 students) while they iterate their way to "Product Market Fit". The college even comes with a guarantee regarding progression and next steps!

They will be able to do things that other schools and colleges would struggle to implement because of the need to placate so many stakeholders with various mindsets and agendas: colleagues, parents, governors, awarding bodies, Ofsted, politicians, employers etc etc so any comparisons may be unfair.

But do we need to compare, when we can collaborate? Or, if people are not able to collaborate, is there really any need to be "That Guy" if  you don't agree with the model?

My next post will detail why everyone should be embracing this new College... Not complaining about it, as it could provide some real win-win scenarios for a number of stakeholders.
Posted by William Jenkins at 06:57