"You have the power to change the world, you really do. Each and every one of you have the most powerful device known to man... and that's an an idea"

This is how Nancy Duarte opens her Ted Talk on The Secret Structure of Great Talks. Duarte goes on to discuss just how important the way you pitch and convey your idea is.

I joined an #EdTechChat session in December which led to an idea that was borne out of frustration. The topic for this session was the EdTech that educators found really useful. There have been a few session like this but there is never any mention of the process that developers went through to become great products with such fantastic customer reviews. I dashed off a blog post which highlighted the source of my frustration in my #StartupEduChat post. I then circulated the post to people I thought might be interested in the concept.

At SXSWEdu Steven Isaacs and Katya Hott presented their #EdTechBridge idea, which was similar in principle to what I was proposing with #StartUpEduChat, but was gaining more traction than my idea had done. Being a huge fan of Duarte's work and the importance of conveying your ideas in the best possible way I was keen to reflect on the difference in the 2 approaches. I looked at the way the two ideas were presented;

StartUpEduChat - "A forum for suppliers to network and share their expertise with other providers... A PLN for EdTech suppliers.

This could also be a place for educators to offer their input on product ideas and improvements, but also to find out about how startups are operating in terms of best practice and culture that educators could experiment with at their schools and in their classrooms. I think that there are benefits to this kind of forum for suppliers and educators"


Pitching in the Wrong Direction

Both concepts had the same idea but were pitched quite differently... I led with the idea of suggesting that potential competitors come together and collaborate with each other. Then there is the fact that it might appear to the reader that I included educators almost as an after thought. This was definitely NOT the intention, but I can see this how this might have been interpreted as the case.


Then there is the fact that;

1) I suggested that the people who lead on this should the people involved with startups - EdSurge, EdTech Incubators, Successful Startups - but didn't suggest that any educator groups or associations be represented?!

2) My suggestion of a PLN for suppliers didn't have the strongest value proposition. While I see a huge difference in the kind of products and collaborative infrastructure that EdTech incubators have established, suppliers may have seen this as "a nice idea" but, ultimately, it would take time out of their busy schedule and the potential benefits might have appeared to be unclear.

EdTechBridge it is a far more compelling idea, of course suppliers are going to want to get involved with initiatives that will help them connect with their customer base.

Pitching for the Other Team
I would love to present in the way that Duarte highlights is possible in her Ted Talk. So as I reflected on the differences between Steven and Katya's delivery of the same idea, I wondered if I had presented the concept in the same way if I would have achieved better results?

When manager promote people in their organisation Peter Drucker highlights that;

"There is high risk in picking managers in professional organisations – for a research lab or an engineering department or corporate legal department. Professionals do not readily accept as their boss someone whose credentials in the field they do not respect. In choosing a manager of engineering, the choices are therefore limited to the top flight engineers in the department"

I mention this because if someone who had not spent any time in the classroom suggested the EdTechBridge concept to educators, would it have had the same result?

I presented a similar idea within the community where I had the most credentials, if I had suggested Steven's model would there not have been the potential to inadvertently insult  educators and have them think "Who is this startup guy telling us that we don't collaborate?"

Not only did I suggest this idea within the group that I had the most experience, but I realised that I was not the best person to drive this forward, and said so when I presented the idea. I have a huge amount of respect for any organisations that have successful brought educators and suppliers together, and suggested those groups should lead on the idea - those who have exceptional relationships with educators.

Pitch Perfect
I would like to think that I try to keep educators in mind with all of my projects, I certainly get their input on all the projects that I work on. I realise that I leaned towards the supplier end of the scale on this occasion and, while I appreciate that the presentation of my idea may not have had the same appeal to either educators or suppliers to Steven and Katya's, I'm not actually too sure that I could have pitched it a great deal differently.

What has this experience taught me? The same lessons as my EdTech report highlights, which is that;

1) Suppliers can only do so much on their own - without the input and assistance from educators they will inevitably get something wrong. This could be something as simple as not getting the presentation "pitch perfect"; or it could be more serious (and costly) mistakes in the development phase of new EdTech products. Either scenario will impact on the relationships and the roll out potential with educators.

2) Few ideas or products are right "straight out the gate" they iterate their way to great ideas with feedback from potential customers. As my EdTech report suggests you should ship early when your product is 80% ready, and then work on the last 20% in collaboration with educators. I shipped an idea that had merit but it took the educators at #EdTechBridge to help refine it. I am sure that #EdTechBridge will help other suppliers in the same way.

Right! That's the educators and suppliers sorted... I just hope that this group doesn't forget to take the students views into consideration as this new community is being established.

Sales Pitch
Helping get new ideas off the ground is something I have experience with so while the initial presentation might not have been quite right, I have listened to the experts and made the necessary changes. I have recommended that anyone following the progress of #StartUpEduChat support Steven and Katya's community.

In addition to this my EdTech report highlights that sales do play an important role in the EdTech ecosystem as it determines the relationships that individual suppliers have with educators. I hope to demonstrate this by using my sales experience and to play a role in helping to drum up a crowd for the fledgling #EdTechBridge community. In doing so I hope to be able to prove to educators that sales people can do more than just bug educators with unwanted engagement, and demonstrate that some even work in education for the same reason as teachers... to make a difference. 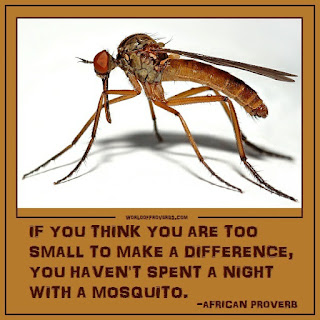 Posted by William Jenkins at 02:46