The Death of a Salesman... And New Edu Methods?

For those in EdTech who follow my blog you will know that I am looking at a big data set looking for some eureka ideas.

This data set has involved taking a snap shot of Twitter #EdChats by downloading the Tweets from 150 Edchat sessions over an 8 week period (22nd Apr-10th June) to look for trends. This involves trying to make sense of over 230,000 Education Tweets from over 27,000 different users.

While there is a long way to go with analysing this data there are 2 topics that have stood out immediately;
The Death of A Salesman - Old, Tired and Exhausted Tactics
I attended an "Inbound Marketing Workshop" in 2010 ran by Bill Aulet, Head of MIT Sloan Business School, This course highlighted something that I was starting to emerge when dealing with my education contacts - greater intolerance of traditional sales (i.e. cold calling to pitch the merits of your product/service).
I was so taken with this course that I read most of the books that Bill Aulet recommends on his webpage. I found Made to Stick (Who have an accompanying Teachers Guide), Inbound Marketing and Crossing the Chasm were invaluable. This course and these books were the catalyst for me to exploring inbound marketing, endeavouring to produce reports/content relevant to education and getting to grips with social media, as this seemed to be the future of ethical and welcome sales approaches. 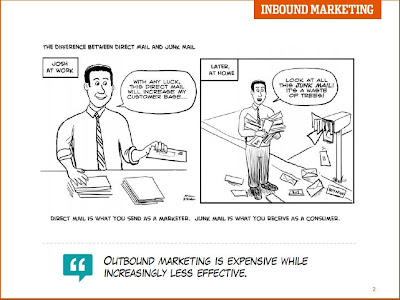 Looking at this Twitter EdChat data is a great way to highlight the extent to which the sales process has become all about the customer experience...

The Customer Journey
A quick glance at Twitter and you will see educators giving A LOT of love for Google & Apple products as well as a number of other firm faviourites.

For example, in the first few weeks of #EdtechChat there were over 100 EdTech companies that were mentioned almost 500 times... A great reminder for those involved with ed tech that great products today get bought, they don't need to be sold.

But where does this leave the role of "traditional, outbound" sales? If you check the Tweets from some Inbound Marketing experts, they predict that cold calling will be obsolete within the next 5 years.

One Foot Stuck in the Past... The Other Jammed in the Door
We can get some evidence of this in Edtech through the Twitter data too. While there there are some products that are so useful that educators seem to do all the companies selling for them, there can be a different picture when education suppliers are discussed collectively... The image can be a lot less complimentary;
Imagine the repercussions to the brands' reputation if these educators named the companies that annoyed them at a conference with 20,000 educators?

Why are individual companies/products praised but the collective view of "vendors" can be quite negative? Is this because there are only a few really, really great products compared with a lot of over inflated claims of the latest "must have" tech and/or aggressive sales tactics.

Are there too many ed tech products that fail to live up to expectations and/or educators are put off by the wrong form of sales and company engagement? If there are too many bad products or aggressive sales people  then its hardly surprising if educators end up being "under-whelmed" when discussing education suppliers collectively.

If the sector is being let down by too many suppliers then this make it more of a challenge for other suppliers to engage with educators (This is the subject of my next report "Technology in Edu - Algorithms & Relationships). 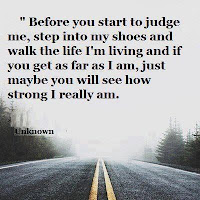 "Have you ever considered how hard it is to engage and sell new products to educators?" is a question I asked some critical friends in education when researching this edtech report .

The kind of responses I got were along the lines of "No I haven't, boy we must be very difficult to engage with"

This video is not dissimilar to my experiences, except funnier - Hubspot: You Oughta Know Inbound Marketing

It is not my intention to criticize suppliers or their sales approaches; neither am I defending bad products... (and I'm not sitting on the fence either ;).

What I hope I am doing is highlighting how difficult it is to get all the various ingredients right to develop great edtech. The book description on Amzaon for Dave Feinleib's "Why Start Ups Fail" puts the point I'm trying to make across very well;

"Nearly everyone has an idea for a product they could build or a company they could start. But 8 out of 10 new businesses fail within the first three years. Even only 1 in 10 venture-backed startups succeeds, and venture capitalists turn down some 99% of the business plans they see. The odds appear to be stacked against you!"

Based on this observation its perhaps no wonder that I have found differing fortunes on Twitter regarding different suppliers.

When perusing the Ed Chat Twitter data I found that new education methods can, suffer from the same issue... and possibly for the same reasons.

Included in the data set I'm looking at are Tweets from the Festival of Education Conference, where Tom Bennett ran a session on the topic of - Why Educational Research often Fails in the Classroom.

Some learning methods seem to become popular after successful pilot, but end up being criticised and, eventually, dismissed when rolled out due to disappointing results.

I was amazed at how much the Tweets about these failed teaching methods/ideas were similar to Tweets about EdTech that fail to live up to expectations (especially the references to "Education Snake Oil") Some of the Tweets included;


Selling Education
Any early success from these pilot projects didn't seem live up to the promise when they were rolled out. During the autopsy it would appear that these methods lacked research and/or quantification.

Could the root cause of any of the shortcomings in EdTech and these failed new Education methods be for the same reason? Do both suffer from the same 2 common pitfalls;

In "Why Start ups fail" Dave Feinleb highlights that these are key reasons for new enterprises failuring to live up to expectations - they either get rolled out badly... or more due diligence would have questioned whether they should never have been rolled out in the first place.

Early Roll Out
Are some of these promising new education solutions rolled out too early? Are policy makers so keen to find a solution that they roll things out without carrying out the best possible due diligence?

It's easy to see how policy makers may want some "quick wins" to fix some of the problems that seem to fall at educations feet, despite a lot of the societal problems having more to do with other factors and less to do with education.

I love reading about how deprived areas in Bromley, Chicago & Boston were "Unslummed." But the areas were all transformed in different ways and with very different conditions... so the methods that were successful in these areas may not be as successful elsewhere.

Therefore is the issue the same problem that sees a lot of start ups fail - success because of some very specific conditions and/or poor execution? Some businesses can suffer from indigestion as much as starvation - periods of rapid growth as it scales up and rolls its product out to the mass market is a critical time.

Are policy makers rolling out some successful projects too soon?

Poor Execution
There has been discussion from some quarters recently questioning the impact of some previously highly acclaimed projects from Edu & Ted stalwarts.

I have not seen any articles criticising the impact of the initial results, or of the project leaders' commitment to education (or the need for edreform).

If a project is rolled out too soon and misses some critical aspect of due diligence it's easy to see how projects can be cannabalised and key ingredients missed out. This could be due to budget cuts, the idea gets watered down bit by bit to suit various stakeholders views/agendas, or not enough people/hours permitted to work on the project. The overall result is the that the project is less effective.

An Example - Social Norms
I have some experience of this with work I have done on social norms, I am convinced that this can have a huge impact on Student welfare, studies and aspirations. However, while this is a very simple concept, the execution of a social norms intervention can be really challenging (partly due to the number of stakeholders involved).

The result is that many of the projects that I am aware of have questionable results and has led to some people suggesting that social norms don't work in the UK, despite some extremely positive results in the US and other countries.

Social Norms can and does work... If implemented properly! But this is a simple idea that can be a real challenge to implement effectively. If you are interested in this approach you should work with Dr John McAlaney and Bridgette Bewick in the UK and Dr Jennifer Bauerle in the US.
Whether we assess new education methods or the relationship with education and their edtech suppliers it would appear that it takes a lot to get the project right. Knowing when to roll the product out and good execution & delivery being key to success (esp during periods of growth)

Getting Ready for Take Off... The Right Stuff
The early adopters and visionaries are so important in blazing a trail with new ideas in any sector.

Their enthusiasm sees them find solutions to any obstacles makes connections within and outside of their institution... Their passion and vision for making the project work carries the project forward.

I enjoy reading about people who inspire me and I focus on their strengths - not their weaknesses - When looking for inspiration on leadership I'm keen to learn from Earnest Shakleton's example and methods... But he's perhaps not someone I'd look to for marital or business advice.

Like most involved in education, I was inspired to read about the results that people who blazed a trail and got some great results.

However today these same people & organisations seem to be coming under fire when the initial results are not replicated elsewhere, confirming Sir Ken Robinson's suggestion that Education struggles to tolerate mistakes.

What does this do in education? Sugata Mitra's "Hole in the Wall" project encouraged thousands of educators to experiment with a new method of teaching - in some settings this worked very well; perhaps not so well in others.

If the results are not replicated in later projects there seems to be the tendency to dismiss the early results, what impact might this have?

Do educators who are developing this method in their classes with some good early results stop exploring the idea? Does this have a knock on effect that educators become a little more risk averse and conservative in their experimentation with their teaching and learning?

It appears to me that developing new teaching methods and new edtech have surprising similarities.

As I continue to assess new ideas in edtech and engaging with educators, I'm sure to make the odd mistake. But I'll be sure to collaborate with educators in my PLN and work with the early adopters & critical friends who understand that "getting it right" can be a messy process of "trial and error."

One thing is for sure... based on this data I'm assessing, I know that I'll ready to "rock'n'roll-out when these early adopters start shouting about the work on Twitter and do the selling for me... it sure does sound better than the alternative... 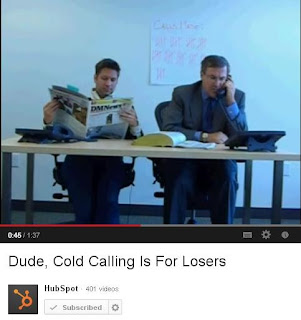 In the mean time I hope that this post might help other edtech suppliers who are trying to make great products; and that educators might be a little more understanding of how hard it can be even for people with some great edtech ideas to engage with education.
Posted by William Jenkins at 04:31