#YOYOW A Return to The Well #ForTheWeb & Our Young Well Beings... Getting a Jump on It

In my last post I updated two other posts trying to figure out how to make an impact, when you don't have a voice (And enough to have economic dignity in today's poverty stricken and manically depressed Scotland).

The previous two plans discarded I have decided to explore Steve Wozniak and Susan Cain's advice of 'Work Alone.'

This post details why I feel a return to The Wells mantra of #YOYOW is needed for the sake of our young Well Beings... and how I've been working on this idea since I first read Katie Hafner's book in 2015.

The Most Powerful Things in the World
Our kids know the following to be true because we tell them constantly!

"Words are the most powerful things in the world"
(You have the power to change the world, you really do... with an idea -> Nancy Duarte)

"Books are the most powerful weapons in the world"
('Ah but what about swords, guns, bombs etc etc?' comes the reply... 'How you gonna learn to make those things?' asks a smart arse dad... 'Oh yeah, with a book'

"If you've nothing nice to say don't way anything at all"

...You should practice what you preach William!
"But you've been really snarky to people online - especially on your blog and on Twitter" I hear you say.

Well now I'm glad you mentioned that, maybe I've been 'Clearing the Path,' and 'Lowering the Barrier' as New Power puts it for others to follow and pick up on the work?

1) I almost quit social media because I was tired of being taken in by people who said one thing and did another... and/or were what can be best described as 'Fake Friends,' feigning friendship until they got all they could from your time, efforts and ideas*

*I fully accept that this may well have been due to either inexperience with movement building or the misunderstandings as social media is still quite new and in the real world 90% of our communication is non-verbal... so it's EASY to get things wrong when mostly text based. There is zero ill will about any of this, I'm glad something came of the ideas and my time/effort.

This appears to be what happened with expert ISIS recruiter and Scottish school girl Asqa Mahmood, James Letts and Ivan Humble who is a former and reformed EDL member.

Where are the good guys giving these kids a hug and turning them away from hate... whether in their IRL communities or in their virtual communities?

"If you've nothing nice to say don't say anything at all"

Might have worked online 4-5 years ago... but a different approach may be needed to keep our kids safe from the 'Dark Corners of the web'

But whether in public or private say

Now I have a huge amount of sympathy for politicians in two respects:
Let's all laugh and comment about someone who put a foot wrong during Remembrance Sunday... and forget about the issues of Education, the NHS and the economy, before we know it we'll have another 4 years of The Conservatives (Which will be worse as it's under Boris Johnson's 'Leadership') and the Brexit party.

The Bannon/Trump and Farage/Cummings 'agitation' will have worked a treat.

Instead of picking at the minutia I would far rather overlook silly and, in many instances, irrelevant comments and take Ayelet Barron advice in the Building Relationships to Ignite Movements CMAD session:

"I want to know what's in their heart" 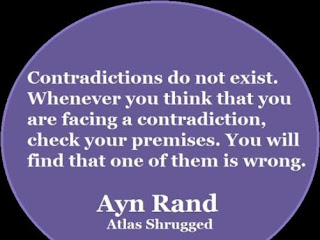 We all say or do silly things and when every encounter, big and small, is recorded... some things in context others taken out of context and it must be a nightmare for people in the public eye, especially politicians where approval ratings are low, it is a tribal affair and there are so many videos, clips and soundbites going back decades for many MPs/MSPs.

Edward Snowden makes some excellent points about the internet of his youth Vs the internet of today, which political candidates are paying for today... How do we allow for our kids to 'just be kids saying stupid things' without it wrecking their job prospects/future...or worse their lives?

"My worries [about getting security clearance] were more personal, or felt more personal: the endless conveyor belt of stupid lingoistic things I'd said, and even stupider misathropic opinions I'd abandoned, in the process of growing up online. Specifically, I was worried about my chat logs and forum posts, all supremely moronic commentary that I'd sprayed across a score of gaming and hacker sites. Writing pseudonymously had meant writing freely, but often thoughtlessly. And since a major aspect of early internet culture was competing with others to say the most inflammatory thing, I'd never hesitate to advocate, say, bombing a country that taxed video games, or corralling people who didn't like anime into reeducation camps. Nobody on those sites took any of this stuff seriously, least of all myself.

When I went back and reread the posts, I cringed. Half the things I'd said I hadn't even meant at the time - I'd just wanted attention - but I didn't fancy my odds of explaining that to a gray-haired man in horned rimmed glasses peering over a giant folder labeled PERMANENT RECORD. The other half, the things i thing I had meant at the time, were even worse , because I wasn't that kid anymore. I'd grown up. It wasn't simply that I didn't recognise the voice as my own - it was that I now actively opposed its over-heated hormonal opinions. I found that I wanted to argue with a ghost. I wanted to fight with that dumb, puerile, and casually cruel self of mine who no longer existed. I couldn't stand the idea of being haunted by him forever, but I didn't know the best way to express my remorse and put some distance between him and me, or whether I should even try to do that. It was heinous to be so inextricably, technologically bound to a past that I fully regretted but barely remembered.

This might be the most familiar problem of my generation, the first to grow up online. We were able to discover and explore our identities almost totally unsupervised, with hardly a thought spared for the fact that our rash remarks and profane banter were being preserved for perpetuity, and that one day we might be expected to account for them. I'm sure everyone had an internet connection before they had a job can sympathize with this - surely everyone has that one post that embarrasses them, or that text or email that could get them fired.

Christmas 2018... The Best PD EVER
Before starting a new project/movement I always go back to The Well (Esp Virtual Communities), The Epic Saga of The Well, Katie Hafner's book.

Last December when reading Virtual Communities again I noticed that NodeXL's Marc Smith had written his 1992 College Thesis on 'Voices from The Well' and read it three times in as many days... SOOOO RELEVANT today 30 years on!!

I laughed when I saw not just how predictable my experiences with collaborating online were; they were inevitable, it's all been done before... 30 years earlier by a group of true visionaries.

In Mosaic Science's article 'Why Good People Turn Bad Online,' they highlight that if you see behaviour you don't like and if you feel up to it 'tell them to stop'

I didn't like the way that some friends (Or, in some cases, people I hardly knew, who took my time, efforts and ideas and made me contribute them as a gift) with flattery and all their flowery words to get involved and then change the narrative - whether about myself and/or how ideas came together.

I called them out... was this to be mean? To try to damage their reputation?

Nope! If anything it was my reputation on the line.

I called them out to experiment with what might work and what doesn't when taking the advice from New Power (The extract at the end of this ACEing Made to Stick post).

"Has my generation taught the youth well enough to prevent another Holocaust from occurring? Or will our hard won freedom capsize in a new sea of hate?" Edith Eger The Choice - The Capacity to Love and Hate

I think it's safe to say the answer to this is: Could do Better!

In a recent post I wondered if I had to choose between Books, the Internet or School which I would choose. Perhaps my books will help plan to #BeTheDigitalChange I'd like to see in the world.

One where friends don't simply reach for the 'Block' option if/when there is a disagreement.

One where our young people have the kind of 'sense of belonging Tom Mandel had on The Well' in their School Communities...Not go looking for this in hate groups where the sense of belonging is conditional on hating others.

One where their is the kind of 'Love in Action' that Howard Rheingold details in the Heart of the Well... and less of the tragic examples of Blair Newman, Amanda Todd and Molly Russell.

#DigiEndurance... Avengers Assemble for The End Game
The Dr Seuss books that we've loosely followed on our adventures include

I'm about to make a start on 'Tech Story 3 - Bolder City & Ol'augh" which will be a Mini NP Superhero adventure that will take place down yonder at the cross roads of old gold mining town of Bolder City and Mulberry Street.

Avengers Assemble! For the well beings of our young people and to answer the Tim Berners-Lees' Bat Signal to fight #ForTheWeb.

Anyone who answers the call may meet some familiar characters from Andy's playroom, Marvel, DC and Pokemon Go as well as some new characters like Hoover Guy? Damn Man? Ol'augh! and the Thunderbolt Kid?

Who writes this stuff? Anthony? I hate that freaking Turtle!

Personally I love them... and, just like Cinderella Man, I'm bringing a Turtle or two safely home at the end of this adventure.

...Or is it small citizens who have been committed to Arkam Asylum?
...Or is it a small group of committed citizens?

I forget which, but I'll be discussing with a little group of little people until it becomes a big idea, one that is on the side of angels, spreading compassion and drains the battery of hate with Superman and Ol'augh leading the charge. 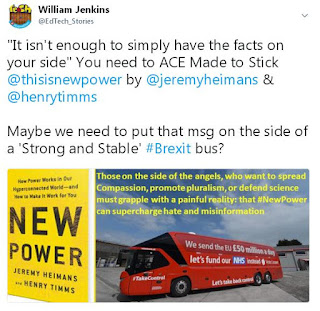 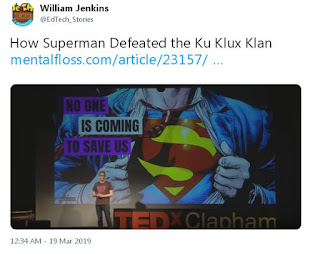