What Do TheSNP/IndyRef/Yes have in Common with Lego?

In August & September 2014 I became interested in Scottish politics because the cultural conditions of the SNP/IndyRef/Yes movement was something special.

When those cultural conditions changed... so did my support.

As far as The SNP was concerned, I wasn't wrong!

With 11 years in government, the nasty Cybernats... as well as the Alex Salmond Vs Nicola Sturgeon non-#SNPCivilWar, this post highlights how and why all this is both understandable, and perhaps even fixable.

Is it the beginning of the end for SNP/IndyRef/Yes Movement, as the Scotsman has suggested in an article at the weekend?

Or could the various crisis situations see the SNP/IndyRef/Yes Movement become the Lego of politics?

NB: SNP/IndyRef/Yes Movement are referred to as one and the same in this post... a distinct advantage when high in the opinion polls, but muddies the water when things are not going so well.

Donald Trump Vs Alex Salmond Vs Nicola Sturgeon
Remember when Trump and Salmond were good buddies and they were falling over themselves with compliments and favours? Remember how that all changed because of the wind farms?

Or what about Salmond Vs Sturgeon... let's all laugh about the tragic situation where someone who has either

Regardless a deteriorating relationship between a mentor and mentee and colleagues is a sad development.

On my website I have as one of my core values empathy, so if we are all so keen to judge the actions of others' let's try to put ourselves in Sturgeon's shoes re any meetings that breached the 'Ministerial Code'

Who WOULDN'T have held a meeting with someone that they owed so much to?

I can't imagine a scenario where not having such a meeting would only become a bad idea with the benefit of hindsight.

And let's say, for arguments sake, that the content of one these 'It was SNP party business/ScotGovFM meetings' was around

'Hey can we maybe just drop the whole thing?'

And the answer was 'No' how much more integrity does that demonstrate Vs the kind of thing that has happened with Blair's Iraq War... Cameron disappearing after his Brexit shambles + Farage, Boris & Gove?

Equally, Sturgeon putting herself forward to the inquiry, looks like doing the right thing under a terrible set of circumstances.

You can easily see how the attempts at transparency might get punished, when far worse appears to get swept under the carpet.

How many of us have not fallen out with a colleague at work?
How many neighbours are former friends but the relationship has soured?

It's a tragic set of circumstances on a personal level, for the party and for Scotland (because of the distraction with getting on with the day job) AND given the national feeling of hope that existed 4 short years ago (Well LOOONG years in our case, but you get what I mean)

And yet people celebrate it on social media, even SNP/Indyref supporters... talk about addicted to drama!

The good news for those people with Westminster and Holyrood is they are at an advantage compared to their English counterparts, they get to air their views on Theresa May's Brexit and Salmond Vs Sturgeon... Yay! Scotland gets two dysfunctional parliaments not just one... Lucky us!

The Cybernats!
There are two REALLY! REALLY! significant dates as far as I can see things (Based on my experience and interests) for The SNP/IndyRef/Yes movement.

1) The first is the night of the September #IndyRef result... The night the BNP came to town to 'Celebrate' the #NoThanks result.

2) The weekend of #GE2015 and the photo under the Forth Rail Bridge and the following days with clapping in Westminster etc... Success was affecting the culture.

But the Yes Scotland team wanted to 'take their time and do it right' which was entirely the WRONG thing to do!!

Often left out of the story is Oreo has a 15 person social media team ready for this kind of rapid response...'storm chasing' requires infrastructure to do well" New Power 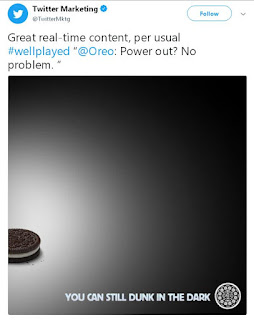 By the time they woke up, others had seen an opportunity and used it for personal gain... and in doing so poisoned the well.and gifted the SNP/IndyRef/Yes movement with a massive headache, something I had the pleasure of experiencing this weekend.

I shared the same kind of data that I spotted 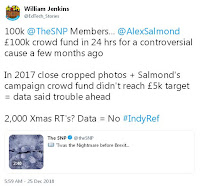 Here were the observations that I shared at the weekend

The result of making some data observations?

The Cybernats who claim to be supportive of the SNP/IndyRef/Yes Movement did nothing to help the cause they say they care about.

People unloaded on the "Wow! How the mighty fall" Tweet, so I elaborated on what I saw... a weekend of Cybernat notifications followed. Few people asked me to explain my position of:

1) The SNP has done nothing for us... our experiences with our SNP MP/MSP Vs our Labour MP

2) With Brexit being such a mess... how do we know that #IndyRef would be any different?

Do I trust a party that has botched their own procedures when investigating one of their own to successfully implement IndyRef and/or do I have 'Hope Over Fear' re issues like currency after the brexit shambles?

Is the Brexit issue the SNP/IndyRef/Yes Movement's fault?

No, it's Westminster and the Tories/UKIP's... but that's the backdrop that IndyRef2 will play out against 4 years on.

NOW! There is the issue of Brexit which highlights very well that Scotland has no voice in Westminster... so in theory, it should be 'clean up time' for the SNP/IndyRef/Yes movement. But that's not where we are.

But on the flip side of this is the fact that Westminster have had the whole Brexit shambles so could EASILY apply the same kind of hard ball that the EU has with Brexit, thereby drag the Independence divorce bill out so long that people say:

If the goodwill and momentum was where it was at in 2014 then calling IndyRef2 with the Brexit vote tomorrow would be inspired... With the infighting + the data above + cybernats. Calling IndyRef2 at the moment = not a good idea!

The 'Network Effects' of the #VoteYes online momentum fueled the 'Feedback Loops' offline and the rallies grew and grew and grew in the last 2 weeks.

The network effects and feedback loops have gone... as #GE2017 as well as the weekend's #SNPActive highlights this.

Culture! Culture! Culture!
Based on what I can see the SNP/IndyRef/Yes movement has had the same issue with two different groups... Something that a conversation with Community Management experts like Rachel Happe, Kelly Hungerford, David Spinks, Marc Smith, Howard Rheingold and others might have been able to help with.

How significant could missing this out be?

Look at the reports re: How the party is splitting... the 'old guard' loyal to Alex Salmond and the new crop of 'progressives' who are on Sturgeon's side.

Could Lego's example help with this even at this late stage in the SNP/IndyRef/Yes Movement 3-4 years on after it's highest level of support?

Lego & Mads Nipper
Companies die from indigestion just as often as the die from starvation... they grow too fast. My observations are that

1) Indigestion, was definitely an issue

2) Not understanding the 'social proof,' 'network effects,' and 'feedback loops' that led to 45% as opposed to Westminsters expected 30%+ and

3) Not having an onboarding process that integrated the old SNP die hards with the new recruits (See the Nora Jones Town example too... IMHO it could easily read as the before and after 2014/5 SNP story)

Look for the Bright Spots!

When my kids became interested in Lego I marveled at the innovation ...and had no idea that the company came close to bankruptcy because it lost it's way. Thank goodness for dissenters like Mads Nipper!

Lego is also cited as an exemplar case study in making the transition from Old Power values to #NewPower in Henry Timms and Jeremy Heiman's book.

Below are extracts from my June 2015 post Lego: Entrepreneurship for Kids and Brick by Brick: How Lego Rewrote the Rules of Innovation and Conquered the Global Toy Industry

"Today, every person who's hired into the LEGO Group's Billund operations gets a tour of the small brick building where Ole Kirk and his family lived. There, they learn of another bedrock value of the company's founder "Only the best is good enough"
The motto grows out of the days when LEGO still produced wooden toys, Ole Kirk's son, Godtfred - who worked at the company since he was 12 and would eventually run it - boasted that he'd saved money by using two coats of varnish instead of three. The deception offended Ole, and instructed LEGO's future CEO to retrieve the toys from the train station and spend the night rectifying the error. Today a plaque with 'Only the best is good enough' graces the entrance to the cafeteria at LEGO's Headquarters" Brick by Brick

Lego employees also all have a bowl of Lego bricks on their desk... the reason?
To remind them it's all about the brick. Why is that?

"An animated, energetic executive who can be strikingly candid, Nipper was not shy about voicing his distress. 'Duplo was the second-strongest toy brand in northern and central Europe after LEGO... And we in all our wisdom decided to kill it' Nipper observed
In 2002 the infighting boiled over. Nipper and three other heads of the company's markets got a call to report to a suite known as 'the firing room.'If you were employed at LEGO and were summoned there, chances are you'd be unemployed when you left.
For months Nipper and the three executives had continued to press their case against Explore... The dissenters were delivered an ultimatum if they didn't shut up and loyally support Explore they would be asked to leave"
In 2004, when LEGO was deeply mired in financial crisis. Kjeld Kirk Kristiansen might well have been tempted to banish the bearer of such relentlessly negative news. Instead he offered Nipper a promotion: head up marketing and product development.
Nipper believed that LEGO had to become far more adept at letting customers help the company determine what the market wanted, instead of executives deciding what customers should want.
But all Nipper knew when he took the call from Kristiansen was that he was about to shoulder a weighty responsibility. As the overseer of all of the LEGO groups product lines, he would be the point man for resetting the company's direction"

Will it my observations since #GE2015... That the SNP/IndyRef/Yes Movement will continue to slide down to stage 4 & 5 of decline that Jim Collins details in How the Mighty Fall. 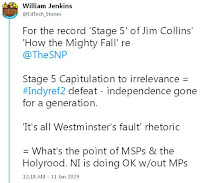 Or will they be like Lego and there be a book called How The SNP/IndyRef/Yes Movement Reworte the Rules of Innovation in Politics and Delivered FREEEEDOM.

It would appear that both possibilities exist... perhaps one more than the other at the time of writing.

That would be the time and effort of thousands of people 3-4 decades of work which did not achieve their goal.

I've worked on projects where there wasn't much to show for it at the end... it's not a great feeling. 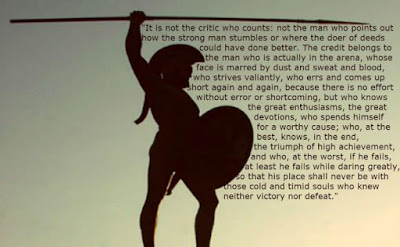 Are you a cybernat who vehemently disagrees with any of this and/or want to be a troll?

No problem! He's my post written in your kind of language and debating style:

SNP: From Proponent to Detractor... And Education

But before starting your trolling bull shit please note that:
Posted by William Jenkins at 04:39