How I met your Awesomeness - Flipgrid

I've been pitching in and sharing some ideas with Flipgrid over the last week or so. This post details why I'm getting involved and how I met their awesomeness.

Last November I spent a little time doing what I could to encourage more educators to explore Skype and get involved with the Skypeathon.

One of the reasons for this is because two people from Skype were part of the newly formed #Cmgr Scotland meetups, partly because my CV had been on Microsoft's servers for 7 years (but hadn't been noticed *Sigh*), partly to explore some ideas and develop my skills... But it was also partly to repay someone who's advice in 2010 helped me a great deal.

In 2010 after success with a number of projects, but no online presence to speak of, I wondered if I had done enough to secure an interview at Microsoft, Google or Apple. The advice from a Microsoft Exec?

"If you want to be in EdTech today you need to be on social media, it comes with the job today"

I explored various channels as a result of this advice. Spending a little time seeing what I could do with the Skypeathon was a way of showing my appreciation for that advice. A similar thing happened because of Flipgrid in 2015.

By 2015 I was well on my way to reskilling from sales to Community Management. The reason I felt this was necessary is because my sales calls were not having the same impact as they did previously, there was also plenty of evidence to suggest that educators would soon be replacing anything that sales people could do. 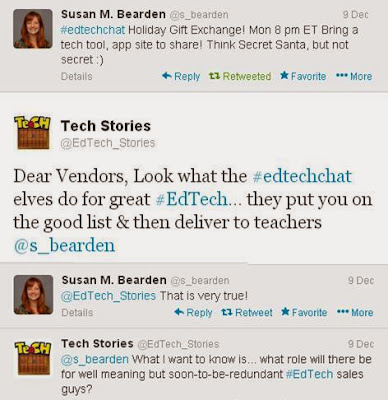 My sales colleagues at the time would argue that there will always be a need and role for cold calling, a view I did not share! A conversation a couple of years later confirmed that I was right to be looking at reskilling.

In 2015 I had a Skype call with Nikki Robertson (@NikkiDRobertson) who was a big fan of Nurph and used it regularly for #TLChat.

I had seen how much she had done to advocate for Nurph and the impact that it had. Nikki told me about some of the other tools that she loved and advocated for, one of which was Flipgrid.

I checked out Flipgrid and mentioned the company in this post, and felt that I was on the right track by thinking

"I need to develop the kind of skills that would be useful for when Educators are advocating for tools they like... because my existing skills will soon have limited value"

Last month I read an article in CMX about How Edcamp Scaled Up 1,500 Community Events Connecting Edcuators All Over the World, when I saw that there was no master mailing list when they were starting out, I thought I might be able to pitch in and help out.

I've curated information about Edchats, Pokemon Go, ISTE2016 resources and the Skypeathon, I thought I could put those skills to good use here too.

This led me to look into the company in a little more detail than I did in 2015. The first thing that I notice is they now have 100 Ambassadors and their reasons for establishing the program:

The Flipgrid Ambassador program was created to promote a closer relationship between the Flipgrid team and the members of our global community. Flipgrid Ambassadors ensure that the decisions we make as a company continue to reflect the voice of our amazing educators. Organized in the fall of 2016, the program now includes more than 100 classroom teachers, professors, teaching librarians, and instructional coordinators. via Shannon Miller

Collaboration and co-creation. That's what my research about what successful companies do differently to others revealed!

I noticed that quite a few member of my PLN are ambassadors, that major growth has happened in the last 2 years, there's A LOT of love for the company on Twitter... and they are collaborating with companies like Microsoft.

I saw that there was an offer for MIEs and thought I could help raise awareness of this with some of the MIEs I'm in contact with.

So I pulled a few resources together, sent a few emails and Twitter DMs and am pitching in and helping out.

Now, sure the fact that "How to establish a Super User Program/Ambassador Program" is one of the things that's keeping me up at night. Sure a bit more #Cmgr experience wouldn't go amiss

.... However, the main reason that I am stopping to help out is because the work the Flipgrid Team were doing in 2015 helped me to see that my ideas and decision to re-skill had merit (This may seem obvious today, but it was not at the time). So thank you Flipgrid and Flipgrid Ambassadors! 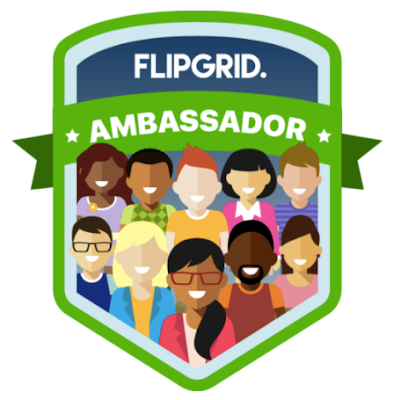 If you want to see what all the fuss is about with this tool check out #FlipgridFever on Twitter or reach out to some of the Flipgrid Ambassadors (Btw if you ask nicely they might have some codes that give you free access to some Flipgrid goodies).
Posted by William Jenkins at 07:29