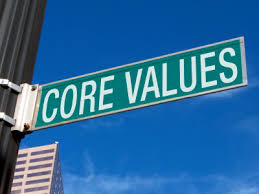 I've been finalising the information on my website and have been thinking about Tech Stories core values.

This post looks at what the combination of being led by values such as empathy, honest relationships, collaboration, always show your friendship first & 5 minute favours might look like in practice.

My last post detailed how the momentum of the VoteYes campaign hasn't lived up to it's promise, and how I feel there has been a return to traditional politics... which I have zero interest in.

I wrote to GE2015 candidates (with the exception of Tory and UKIP candidates) and a few MPs/MSPs, I then deliberated on whether or not to send my last post to SNP MPs/MSPs. I decided that I would and went through 5 or 6 drafts before hitting the send button.

The result? I received quite a few replies and the discussions have been extremely constructive.

In any continued correspondence I highlighted that, just because I would be reverting to old voting preferences of "None of the above" (Go Monty Brewster!) this does not mean that I am not or would not be willing to help if and where I can.

Equally, some of the replies from SNP MPs provided information that was food for thought. For example, I was reminded that there is a difference between VoteYes and the SNP.

I said previously that the leadership of the SNP was missing with #The45Plus, but the organisers may have been as surprised to see there was life after the election for "Yes Scotland" as I was to see the kind of conditions Silicon Valley startups create at work within the world of politics.

The Vote Yes campaign managers will have been working flat out for months and will have booked their holiday for midnight on the 18th September 2014.

Equally, I was reminded that angrier elements of the VoteYes camp on social media was not the SNP's doing. However, the actions of this group do reflect on the SNPs brand more than any other group.

I am not sure how confusing my correspondence may have been to the recipients... Why offer input to an organisation that I may not support in the future?

Just because I may not be voting for a political party, doesn't mean I am not willing to provide the benefit of my experiences.


This is the first example of living these core values... and even by my own unorthodox standards, this throws up a curious combination of critical feedback and the offer of assistance.

Honest relationships
I highlighted that, as things stand, I won't be voting for SNP in the future.

5 Minute Favours
I detailed why this is the case, including the fact that if this is a single dissatisfied voter, it's no great loss... But if it represents the mood of others, 2016 may not be the same result as 2015.

Always show your friendship first
I provided further details about my experiences in technology, how companies with millions of members manage these relationships effectively with a relatively small team.

I also detailed how others deal with trolls and how and why the fun elements of the pre-referendum #VoteYes could return with a couple of minor tweaks.

Empathy
I realise that people's expectations may be higher than ever before - whether regarding instant replies to constituent correspondence or quicker and better solutions to the issues constituents write to MPs about.

However, these increased expectations may come at a time when MPs workload may be higher than ever. The VoteYes campaign and increase in the SNPs popularity may see people who may never have contacted their MP/MSP now do so, whether it's with complaints or people trying to be helpful by providing some ideas (Apologies for being in this category and for adding to the workload).

It must be extremely difficult to manage these expectations, if not impossible under political standards... but perhaps not if new methods were employed.

Collaboration
I'd be happy to collaborate and/to help anyone with an interest to explore these issues, especially in education.

This SNP/Politics example isn't going to be the only one where this combination of core values will throw up some "funnies."

Educators
When I collaborated with Dr John McAlaney with the University and College Social Norms project (details of which will be published soon), we found that some colleges had 2,000 responses from the initial baseline survey, while others had less than 100.

The resources and level of support we provided was the same for each college.

"Maybe you didn't do as much to promote the initiative as the other colleges" is what we found ourselves saying when some colleges asked about the difference in results... That sure isn't the easiest conversation to have with a client.

There have not been many cases, but there have been a few times I have had to question the time investment that educators were putting into projects if/when they were questioning the value of the technology or projects that I was working on.

We were able to ask this as the results in 99% of other colleges were positive with good case studies.

More recently I hope that I have not shied away from issues like highlighting how and where educators can be a challenge to engage with and/or suggesting how important sales is in the EdTech ecosystem... or how pushy sales practices may be more down to the CEO rather than rogue, commission hungry, maverick sales people.

Some of these comments may either appear to be, or actually be, critical of educators and current practices... Whether people agree or disagree (And I've no problem with agreeing to disagree), I hope this honest approach leads to developing solid relationships with critical friends.

Empathy
I know that education can be tough. It could be months before the results from a sales team's efforts come through for an organisation that's new to education. Alternatively, it may be that after months of effort but sales remain slow. This may be because;

I don't think that CrowdControlHQ, CrowdMark or myself did anything wrong with our attempts to engage UK Further Education Colleges, but we still failed... But at least we Failed Fast & Failed Cheap.

5 Minute Favours
Sending a quick email to critical friends or sending a Tweet or two out may help a startup determine if education is a viable sector for their product/service or not.

Honest relationships
I would hope that my education critical friends would be brutally honest about new ideas, and that they would tell me if they felt there was something better than the proposed solution, or if it was solution to a problem that doesn't exist Vs a solution that fulfilled a genuine need.

Taking a message like this back to the supplier may not be the easiest conversation in the world, but it would be an honest one.

Or maybe it's having an honest relationship with the supplier about my abilities, and that I wouldn't be the ideal person to help to get traction with this particular product/solution.

Collaboration
Regardless of how educators view the initial idea, I'd be open to collaborating with the supplier (and any competitors who wanted to get involved) to refine the idea and then try to find some early adopters to test any revised concept/value proposition.

Always show your friendship first
Most of this would not take a great deal of time to organise and if all the feedback was positive, it may lead to some long and mutually beneficial relationships... if it wasn't then we'd have saved the supplier and educators a little bit of time and money.

I'm a Fan... But a Critically Honest One There are other areas where my ideas may be contradictory. For example I am a big fan of EdTech incubrators and their alumni startups. However, their approach is very different to the way other companies have to operate, so I am critical when it comes to making like for like comparisons with companies who do not have the support of incubators... These comparisions are not always fair or entirely helpful.

How will it all End?
Whether looking to create a great EdTech company, a school which gets outstanding results, a political party wanting to make a difference or any other great organisation... it's tough.

No one sets out to do bad work, but doing great work is like working in EdTech... It's tough! 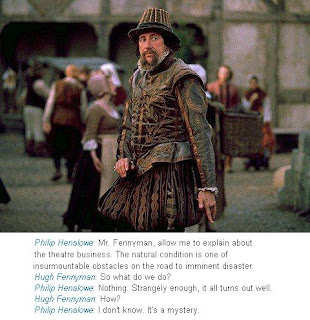 Writing to MPs in a critical way felt like a big risk for someone who's involved with Education, but I've had some of the best engagement that I've ever had with politicians (from any party) as a result of sending this critical feedback... Go figure!

So how will it all end up? I've no idea! All I can do is follow the example of those I admire who do good work.

Adam Grant and Adam Rifkin had a big impact on me, Adam Rifkins observations when he was identified as the most connected person in the world was that;

"I want to improve the world and, I want to smell good doing it"

I doubt I'll make any great improvements in the world but, whatever I do, I want the methods to be ways that I feel comfortable with... regardless of how many "funnies" like the ones above this might throw up.

"My network developed little by little, in fact a little every day through small acts of kindness, over the course of many years, with the desire to make better the lives of the people I'm connected to... When you have nothing, what's the first thing you try to do? You try to make a connection and have a relationship that gives you an opportunity to do something for someone else" Adam Rifkin via Give and Take.

Posted by William Jenkins at 03:51