So the SNP look to disrupt the political landscape in tomorrow's General Election. This post details how, if you look at events in the context of the adoption of technology, the result was not only inevitable, but that I predicted it eight months ago during the Scottish Independence Referendum.

This post is not meant to come across as "I told you so" or to make me look in any way intelligent... but simply to highlight that this process can be replicated with the same effect in other areas like business and education. 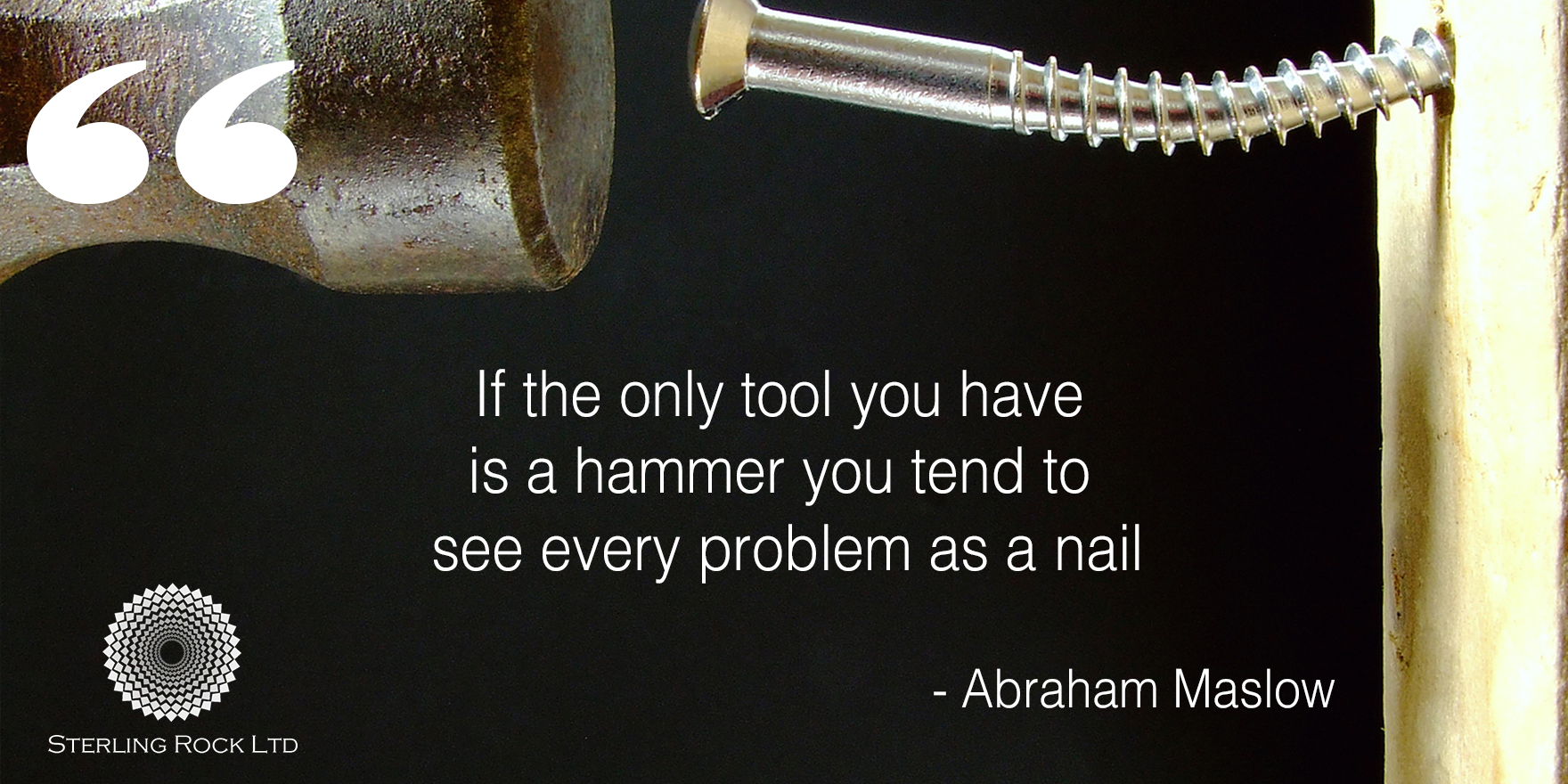 In one awkward interview with young people Ed Miliband highlighted (in a round about way) that he's only ever been in politics.

Getting the perspective of different groups can have it's advantages... Even from a random EdTech sales guy. This is advice that Fred Terman, the father of Silicon Valley, gave to his Stanford colleagues

He also encouraged industry to get acquainted with university staff and find out what was going on at the university... to make the acquaintances with people who had similar interests.

SNP General Election Success... It Was Inevitable!
To political advocates any success of the SNP in Scotland may be seen as the result of the party having some fantastic politicians.

I am neither a political advocate, nor am I entirely of this opinion. After all this is a party that had MSPs like Bill Walker, who refused to give up his constituency duties when he was jailed.

However, I became very interested in the referendum because of the process that I recognised... as a result of my exploration of the roll out process of technology in education, I saw this result as inevitable. Don't believe me?

8th Sept 2014
I could not care less about any political party (or politician) and was reasonably unfazed by the forthcoming referendum.

9th Sept 2014
After witnessing a rally I saw that this was something special, I immediately wrote to my Further Education contacts to encourage them to vote yes and detailed why I was "Getting Political About Education"

19th Sept 2014
On the the day of #IndyRef result, I wondered "Is the best still to come?" here's the introduction to the post I wrote;

"As Scotland wakes up to the fact that the hopes of Independence have been dashed and the army of #VoteYes feel "a little down" and are licking their wounds... this Glasgow nutter wonders if victory might be snatched out of the jaws of defeat. Is the best yet to come?"

28th Sept 2014 Sept
In a post called Achieving the Impossible, I made the following observations

"This post includes information as to why I would advise that, based on Technology sales and roll out principles, Labour and the Conservatives should just pack up and go now, and why a second referendum appears to be inevitable

[Other parties] task now is like Yahoo Vs Google, My Space Vs Facebook... ie you had your chance and you blew it. If you want to get Alex Salmond style popularity, stop off at Newcastle and declare the North East free from Westminster and you'll be the peoples' champion too"

7th Oct 2014
I felt that an opportunity had been lost (See #The45Plus Where it all Went Wrong), although political activists saw this as a great result, because their membership increased... Great! 100,000 new SNP members that's really going to help with jobs and the economy, which I believed the #indyref conditions could have aided!

"On Sunday/Monday (21/22nd Sept) leadership of #The45Plus group was missing... A leadership that could only have been established by the 60+ "Yes Scotland" accounts, as this was the unifying thing that brought a diverse group together. Here's 2 things that I believe should have happened: integrating #VoteNo people and setting the culture with a new shared goal and identity"

7th May 2015
In all I wrote 30 posts in September 2014 all of which detailed various aspects of why the conditions of #IndyRef were special. I'd like to pick up on this and detail how these conditions have continued, and why they have played a role in tomorrows historic result which, ultimately, comes down to one thing... Alex Salmonds' Legacy of the #IndyRef grassroots movement.

Yes Scotland
The Yes Scotland campaign was truly inspired! People from different towns and sectors establishing and rallying round a positive and non-partisan "Yes" message.


Slowly but surely people in these towns and sectors saw more and more people they knew get behind the Yes message and, eventually, became brand advocates themselves for #VoteYes who then also got others people involved too.

A few weeks before the referendum the "Yes" Message "Crossed theChasm" and reached the "Pragmatist Market," which is key with the roll out and mainstream adaption of any product or new idea. Here's Geoffrey Moore describing the customer profile of pragmatists;

Pragmatists may be hard to win over but, once a supplier has won their trust, are loyal and will assist their suppliers. When pragmatists buy, they are planning on living with this decision personally for a long time to come, so they care about the company they are buying from, the quality and reliability of the product and the infrastructure of supporting products. 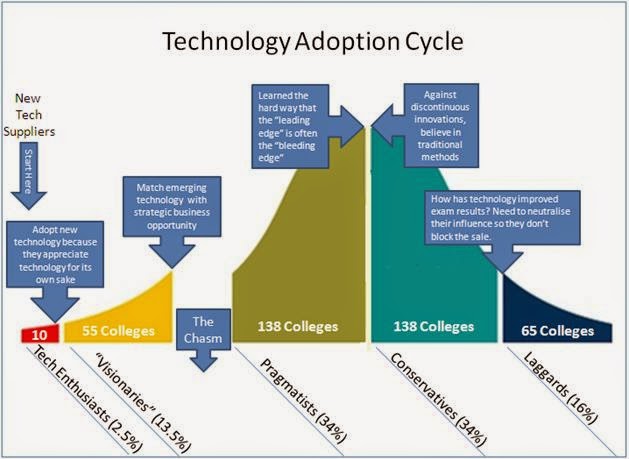 Early adopters are comfortable with "Hope over Fear" risky and untested ideas, like a Country "Going it alone"

Pragmatists, on the other hand, want to make sure that any decisions are safe ones and the best way to influence them is through their peer networks... not from a third party (Like some one canvassing on the doorstep for votes).

Network Effects
So different groups have different criteria when looking to make the switch from one supplier to another. The Yes campaign provided the kind of "Network Effects" that were needed to engage pragmatists.

The more positive the experience for users the better the network becomes. For example, if you like a site you will invite others to join you, the more people from your network who join, the more relevant the conversation becomes to you – the more time you spend in this space. Positive feedback loops create momentum.

There were positive feedback loops in buckets during the referendum as the "VoteYes" camp had a far better sense of humour than the negative "Better Together, No Thanks" camp.

Personally, I probably spend 2 hours a day checking out the fantastic humour of the vote yes group.

However positive feedback wasn't enough when the #BetterTogether camp came out with "The Vow." Some of the pragmatists from the poll that put VoteYes at 52% decided on the safer option.

#The45Plus
Once these network effects and positive feedback loops are established they can be very powerful. If any outgoing MPs want to test this theory just try and develop a rival platform to Facebook or YouTube... You'd have as much success as a Tory or Labour MP has in Scotland at the moment.

We saw the "VoteYes" network effects and positive feedback loops first emerge post-referendum when people took to Twitter to discuss the result and, later in the evening, to condemn the Better Together "celebrations" when the BNP party came to town to have a riot.

#The45/The45Plus trended for 2-3 days and made it into the main stream media and into the debating chamber.

However, leadership and guidance of this group was lacking which, in my opinion, has not helped any problems with the "Cybernats." There were lost opportunities, possibly due in part because neither the SNP or other politicians realised what was going on.

Margaret Curran demonstrated this by dismissing #The45Plus movement and not realising how #the45Plus could and should have evolved, this has come about as the minority parties have much more influence this time around... #The45Plus has indeed become a mindset and has affected the whole of the UK.


If Labour and the Conservatives knew what they were up against, they would have either worked with it and/or built their own network to combat the ensuing challenge.

Consolidating Pragmatist Support
"The Vow" was always going to be a challenge! A deal designed to appease a small portion of the UK's population... and agreed in a hurry by 3 different parties to boot! It's no surprise that it's still not implemented!!

The consequence of the vow not being implemented? The general election is a consolidation of all these events from the referendum. Each having a knock on effect on the other;
Collectively, this has demonstrated to the pragamtists that the SNP is now the safest option... All of which I suggested would happen in a number of posts over the course of September 2014.

A Sting in the Tail?
If the SNP does have a disappointing result tomorrow it will be because it did not take the lead with the post Independence Referendum supporters to guide and influence #The45Plus community.

Whether staged or otherwise the "Cybernat Violence" a few days ago, could lead the pragmatists to go back to Labour. Then there is the fact that the noise that the VoteYes hardliners make that could mean that Labour voters are simply keeping quiet, in the polls and on the streets.There are all kinds of posts about "The Scottish Nasty Party" 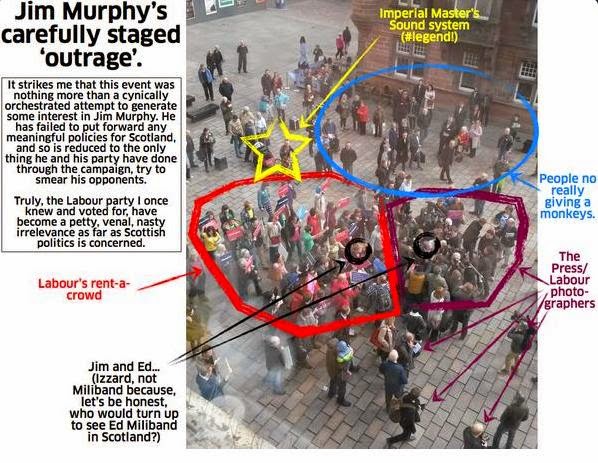 This negative aspect could easily have been prevented. Experienced Community Manager, Scott Moore, is fantastic with the topic of the culture of communities and shared a fantastic post on the impact that Norah Jones had on a community... which no longer exists Norah Jonestown

Insightful? No Just Different
Why mention all this? To show how insightful I am? No!

There is little by way of insight here, it's simply that I have been able to apply a different set of principles and knowledge to the political advocates .

In my opinion, the SNP's success tomorrow is not the result of it being a great political party... but the conditions that circumstance created made it inevitable!

Don't get me wrong I think the SNP has a few leaders who are exceptional! But they also have people who are typical members of "The Political Class," complete with self-interest, hubris and... Erm those bloody trams! FE mergers (with questionable savings) and a fall in literacy skills.

Replicate the Success
So why mention it? Because this is a process. It's the exact same process I highlighted to Mike Russell when he was the Education Minister, and tried to get the "good and the great" of the Further Education Technology Action Group to consider using.

This process could be used in many areas of Scottish society. The SNP benefited from the kind of process that major technology companies utilise, so they know it works. When I'll be impressed with the SNP, or any other party, is when they decide to use these principles in other areas, not just politics.

If any politician (from any party) wants to know how to continue to take advantage of this process in politics or, ideally, apply to other areas, especially in education, you know where to find me if you have any questions.
Posted by William Jenkins at 15:02