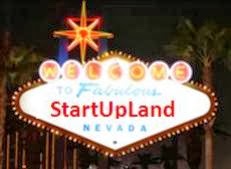 If you Build It... They will Ridicule You?
This week marks the 25th anniversary of when Tim Berners Lee first proposed his vision of The World Wide Web. There are 2 opposing thoughts I would like you to consider as you read this post;

1) How different your job would be today without the internet
2) How difficult it was for Berners Lee to get people to buy into the concept - Here's a Ted Talk about The day I turned down Tim Berners-Lee.

Educators may also want to consider how much money Berners-Lee got for his work & idea, the reason I mention this is because of the disconnect that there appears have been with suppliers and educators at SXSWEdu. I have highlighted why I believe this happens and discuss some solutions in my "Startup Education" post and EdTech Report.

Uninspiring EdTechWe all know that their are inspiring teachers out there; as well not so inspiring educators, the same goes for EdTech. While there are mechanisms to find and assist educators who could use a little extra support... there is less of an infrastructure to help identify the inspiring Vs poor edtech.

Sure there is EdSurge product index, Graphite, C4LTP Top 100 Tools, EdChats and membership associations like BESA, but they don't necessarily sync with one another... and then there is the fact that relatively few educators use them at the moment when making purchasing decisions - evidence perhaps that salespeople have their uses? ;).

Te@ch Stories - Personal Brand Vs "Pre-Revenue" StartUp?
Depending on whether I'm using the left or right half of my brain Te@ch Stories can alternate between being a "personal brand" and a pre-revenue startup. "Startups"... you know... those cool, hip and trendy things that are all the rage at the moment.

So many people are advocating all things "startup" today. I even read an article this week which suggested that "sole traders and startups are the future of business in Britain." We also see Educators getting behind this message. While anyone of the 200+ young enterprise agencies I have sources might tell you how great entrepreneurship is, this has not necessarily been my experience. Indeed, I wonder how many founders actually feel the same way as me, but are too full of bluster and bravado to admit it?

I have worked for a couple of startups over the last 13 years and do enjoy being around *most* of the people who make up this can-do, creative, growth mindset, disruptive, positive group. However, there are a few aspects of startups that I sure am definitely NOT a fan of! These negative aspects are significant. Indeed, if I found out that the job I was looking for existed, I might just decide to camp outside the organisations' office until they employed me. But I've not been able to find the job I want.

Indeed some of the organisations I have spoken to, who would benefit from this idea, have gone so far as to tell me they do not believe that my idea is possible. I choose to ignore this advice and will continue to create my "Dream Job" for myself, but may involve me having to establish my own company. This would not be my preference and is most definitely NOT the easiest route.

If I do go ahead and become a fashionable "Founder and CEO," I will do so reluctantly, Furthermore, I will proceed not in spite of some contradictions I have about Tech and start ups, but because of them. I believe my perspective just might prove to be something of an advantage...

An Awkward "Cross Dominant Perspective
In "The Left hander Syndrome" Stanley Coren suggests that there are various degrees of "Handedness" (ie people who write with their left hand, but prefer right for "skill actions" "reaching actions" "power actions" and "bimanual actions"). Coren details findings from his sports studies, where he discovered that;

"The idea that left-handers dominate baseball turns out to be a myth... [However] Individuals who have crossed hand-eye preference tend to do considerably better than others. This advantage may have to do with the stance used by the batter. A right-handed batter generally stands parallel to the home plate with his left side, and hence his left eye, toward the pitcher. The bat is held to the right of his body, ready to swing to the left. The stance is perfect for someone who is right-handed and left-eyed (crossed sided). As the dominant eye is usually used for sighting and aiming, having the preferred eye toward the pitcher should have an advantage. Certainly our data show that crossed dominant hitters do tend to do better in Baseball"

I am left-handed and was often termed awkward at school, this awkwardness seems to have followed me into adulthood, given what some may see as my awkward "cross dominant" views on tech, edtech, startups and education;
Now I sure don't consider myself to be any entrepreneur... If I did I would be advising FE on how to bring more revenue as a way of saying entrepreneurship is great rather than lending my name to a program for students (Something I did make an attempt at with my Business Development Report). I have, however, spent some time in StartUpLand and have an interest in education... I am also someone who grew up when "Get a job in IT" seemed to dominate career advice.


Today there are overtures of "Head to the bright lights of Startupland." However, perhaps a little like Vagas, Startupland might look all bright and shiny from a distance but it sure can have some ugly areas when you get up close... and may not be for everyone. Just ask Bitcoin...

Add my views of tech, startups and education to the disdain I have for the banking industries practices, and you can imagine how intrigued I am to see how Bitcoin will play out. We have seen politicians response to this sector, which is to continue to fund an unethical and inept industry that they decided was "too big to fail," while the banks are too arrogant to change their practices. With my awkward "pro-innovator-conservative-consumer" stance I have been cheering on Bitcoin from the sidelines, and hoping one day these visionaries will massively disrupt this sector enough so that I can make the move from banks to Bitcoin.

I won't pretend to know what has happened with the Gox exchange and some of the other bad press, but I am aware that the Bitcoin early pioneers are facing significant challenges... Just like other early adopters like Pirate radio and Napster did. I admire what these groups achieve, but it sure ain't easy!

There are a lot of enterprise initiatives in education and, as someone with experience in startupland and an interest in students' outcomes, I wanted to highlight what Coren might identify as a "Cross Sided" perspective of spending some time in Startupland, so wrote this - completely fictional ;) - short story about The Reluctant Entreprenuer
Posted by William Jenkins at 06:53