Lessons in Confidence - Dreams & Going to "Fun" When You Grow Up 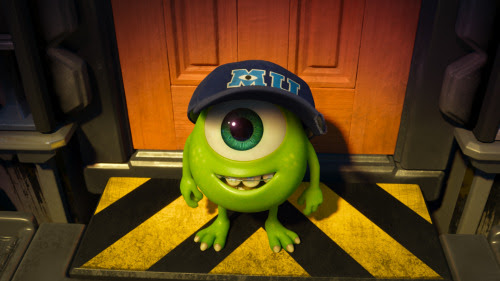 At the iste conference Steven Johnston's keynote recommend that we should be influenced by lots of different sources, I thought I would take his advice when writing a post about encouraging students to have the confidence to follow their dreams.

A) I draw on these examples on this post in support of Adam Bellow's invitation for educators to change the world...

I saw Monster University earlier in the week with my kids, which has a great message for kids to follow their dreams, regardless of the obstacles they might face... it also highlighted that university is not the only route to fulfilling your dreams. But then again there seems to be little that can match the powerful combination of a vision and the right work ethic.

But dreams can be fragile things and need to be handled with care. A kind word of encouragement can breath life into the dream; equally some careless criticism can crush it.

Monster University opens with Mike on a field trip to Monster Inc, during the field trip he accidentally walks past a safety line and is pulled back by a monster named Frank McCoy, who went to Monsters University. Because of this encounter Mike's life long dream is to work at Monsters Inc as a scarer to generate electricity for the monster world.

Electrifying the Dream
Henry Ford worked at the Edison Company and his line manager offered him a promotion on the condition that he would give up "wasting his time" on his gas engine.

This encounter and these kind words were the start of a life-long friendship. I wonder what might have happened if Edison had echo'd Ford's manager's view and told Ford that he was wasting his time 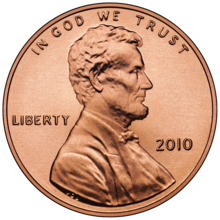 Adam Bellows' inspiring #iste13 closing keynote told the audience to make a difference... He showed how easy this can be using something as simple as common sense... Or was it "the common 1 cent"?

A kind word wouldn't even cost 1 cent, but giving your tuppence worth when commenting on a students aspirations could literally take the seed of an idea and plant an acre of diamonds.

When people think of change in education the temptation may be to think of grand plans and sweeping reforms. Bellow told us to imagine differently.
This is also the central message of Dan & Chip Heaths book "Switch - Change when change is hard" Two examples which are extremely relevant to educators include;
I would love to tell you more about how this was achieved in both cases, but I think this is such an important book for educators that you'll need to go out and buy it if you want to find out!

Turning Small Change into Alchemy
A recent study by the University and College Union found that 25% of NEETs cited a lack of confidence as a barrier to blocking their path to study, I can't help wondering;

Adam Bellow advocates turning some small change into a big idea. An important area that I think can make a big difference is to instill a sense of confidence that some students may not get at home, whether intentional or unintentional. In a chat on youth employment this subject came up; 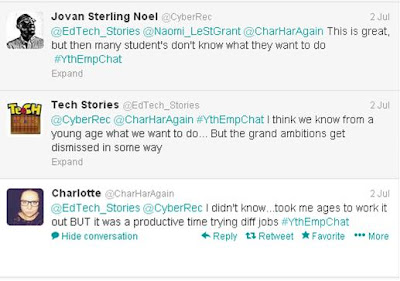 You May Say I'm a Dreamer...
This got me thinking do we not know what we want to do when we are young? Or do we know but the bar get inadvertently lowered for us?

My favourite non-fiction books include Paulo Coelho's "The Alchemist" and Ayn Rands books. In The Alchemist the hero's guide, Melchizedek, advises that;

...Or is this less of a mysterious force and more a case of getting the worst career advice in the world?

But I'm not the Only One...
Do we know what we want to do as children, but we are discouraged as our aspirations are too wistful? The Alchemist is a novel which some may see as too flighty to include as part of any basis for education and/or career advice, but maybe The Alchemist that is right. What would happen if the job title of teacher/educator was changed to that of "Dream-maker," would this change the way educators taught?

Up until a certain age when the "mysterious force" takes hold, are kids inclined to think about their dreams more than any school work?


In "Just Do it" the story of Nike Andre Agassis tells how he went out to parks and he would see the kids pretending they were him. Agassi recalls “They’d be ripping balls into the far fence, pounding the balls over the fence. And I’d think, ‘what have we [him and the Nike ads] done?’
Following this year's Wimbledon final I wonder how many "young Andy Murray's" have changed their back yard to Wimbledon's Centre Court with their young, vivid imaginations

Ayn Rand points out that she decided to be a writer at 9 years old and everything that she did was integrated to that purpose.
Parents as Con-Artists - The Confidence Trick
As a parent I see confidence as an important attribute that we can instill in our kids...

When we read about findings like the UCU survey, it is unfortunate to hear that confidence is not instilled in every child at home, but we know that inequalities exist and that this is another area where educators can make a difference.

Pixar Boy
I know of a boy who, at the age of 8 years old, said "Dad I want to work at Pixar when I'm older"

Now this dad would regularly tell his kids that they can do anything they set their mind to and faviourite bedtime reading included "The Little Engine that Could" and "OH The Places You Go" so there were no comments like "Well my boy, you know most of Pixar's staff are in California and are fantastic at drawing... You are in the UK and I've seen some of your art work on the wall at school, maybe we should lower your expectations a little?"

This Dad said "Sure you can!" And then found ways to bring California and Pixar a little closer to him... finding story's from John Lassater's childhood that were similar to this young lads' experiences, enrolling him in art and drama classes, giving him "Pixar Boy" as one of his nicknames... anything that might help bring this dream to life in his young impressionable mind.

No this particular 8 year old is only 10 years old today and happens to be one of my kids.

The chances of him actually working at Pixar? 900 members of staff Vs 7 Billion people = pretty big odds so may, in reality, be unlikely...

Chances of working at Pixar? Unknown
Permission to chase your dreams? Absolutely 100%!

He may well find that, like the intrepid young Mike Wazowski, he faces some insurmountable obstacles... but if all else fails then he knows he can follow Mike's lead and that, with a little vision and determination, there is always a way to keep a dream alive.


So far, through following his young dream, he's already had the chance to be the king of Scotland and work in Scotland's biggest panto among other things.

By being involved in these shows we are hoping to instil a warped sense of the world of grown ups and work... as people in the arts seem to have a great time when they go to work.

This is a warped sense of work that we sincerely hope stays with him for the rest of his life;

Turning the Workhouse into a Funhouse
Our little Pixar Boy recently coined a fantastic phrase in our house. I came home from work one day and was met by a very excited young lad

"Dad, Dad... I've just watched a behind the scenes program of Pixar and they have this and this and that..." Then he stopped and looked at me with an animated look on his face and said;

"You know Dad, they don't go to work everyday... THEY GO TO FUN"

I replied excitedly "Boys that's it! When you grow up don't go to work... Make sure you go to FUN"

Rand is an advocate of epistemology (the study of knowledge and justified belief) and of all the biographies and success stories I have read, there seems to be one key commonality with people, who appear to have balanced, fulfilled lives and who excel in their chosen profession;

They are so passionate about what they do that it hardly appears to be work at all. So giving people the permission and confidence to go dream chasing sure does seem like a good idea to me.

To cite one example consider Edward Cureton's findings during his time as a military psychologist who helped train US pilots during World War II. Cureton designed a questionnaire to find out which recruits had "The Right Stuff" to be a pilot. One particular question predicted the success of pilots than the rest;

Did you ever build a model airplane that flew?"

The pilots who answered yes were more likely to succeed as pilots... the passion for planes, of people who had been doing it since they were young ended up being predictive - They would stick with the training no matter how many times they were sick in the plane during training.

As educators take a well earned break and reflect on another busy year, it may be a good time to remind yourself that anyone who is "living their dream" today will almost certainly be doing so because an educator brought the subject area they work in today to life - they will have inspired the young impressionable mind and given the student the confidence to chase the dream... until their body and mind was able to catch up with their run away imagination and are now living it.

I wonder how many educators teach today because someone brought learning to life for them.

Regardless of the subject you teach, or the students' exam results or the obstacles in the way... remember to tell your kids "Sure you can!" Because the University and College Union survey and Edgar Guest warns us of the danger of that most insidious word - Can't... make sure we protect our kids from it by teaching them to Answer this demon with "I CAN!" 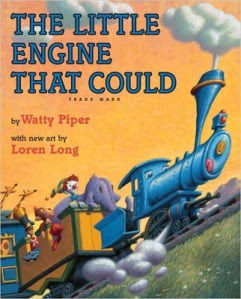 Dear Teacher, In the new school year I hope that you are not like Matilda's Head Teacher Miss Trunchbull or the Grand High Witch.

If I had magic powers like Matilda I would wish that you were like Miss Honey or like the BFG... someone who knows the importance of dreams and who can bottle up the whizz popping ones and keep them safe so they don't float away from me... or get forgotten... or, worst of all, smashed against the rocks of those two careless words - "'You Can't!' ...when with just a little encouragement and imagination 'I think I can, I think I can, I think I can'"
Posted by William Jenkins at 07:33